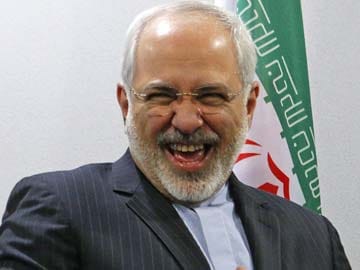 Dubai: Iranian Foreign Minister Mohammad Javad Zarif said on Sunday he saw a good chance for a nuclear deal with the West because "most Iranians" were in favour of it, playing down resistance from Islamic hardliners.

"Some factions have no interest in reaching an agreement due to political reasons, but what counts at the end is the vote of the majority of Iranian people," Zarif told a joint news conference in Tehran with visiting Austrian Foreign Minister Sebastian Kurz.

He was referring to the landslide victory in last July's presidential election of Hassan Rouhani, a relative moderate, after he pledged to end sanctions imposed on Iran by the United States and its Western allies in order to force Tehran to open its nuclear programme to outside scrutiny.

"Mr Rouhani is acting on a popular mandate and I am sure Iranians will accept any deal that would respect their rights and legitimate demands," Zarif said, in comments broadcast live on state Iranian television.

"I am sure if we score a decent deal, it will be backed by a majority of Iranians," he added.

Rouhani and his negotiators have been under intense pressure from Islamic hardliners opposed to the nuclear talks underway with six world powers - the United States, France, Germany, Britain, China and Russia.

The six, known as the 51 group, seek a halt in Tehran's nuclear enrichment programme in return for an easing of economic sanctions. Under the terms of an initial deal struck last year, the negotiators have until July 20 to finalise an agreement.

Iranian hardliners, including officials from the administration of former president Mahmoud Ahmadinejad, have accused Rouhani of capitulating to Washington, with which Iran has had no ties since soon after the 1979 Islamic revolution.

"I am optimistic over a deal, provided that the talks proceed in the same spirit," Zarif said. "So it is also up to the other side to make sure the talks will carry on, based on good will and mutual respect."

Promoted
Listen to the latest songs, only on JioSaavn.com
Speaking during a visit to Abu Dhabi on Sunday, a senior U.S. official, Frank Rose, also expressed optimism on the chances of reaching a nuclear deal with Iran.