The plane vanished from radar around 20 kilometres north of Guernsey, with pilot Dave Ibbotson the only other person aboard. 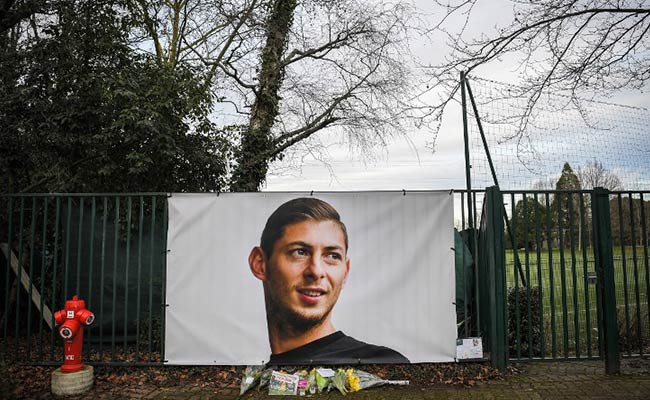 Emiliano Sala was travelling in a light aircraft when it went missing close to the Channel Islands.

The missing plane carrying Argentinian footballer Emiliano Sala and his pilot has been found, investigators told AFP on Sunday.

"I can confirm it has been found," a spokesperson for Britain's Air Accidents Investigation Branch said.

Sala was travelling from France to join up with his new club, Premier League side Cardiff City, in a light aircraft on January 21 when it went missing close to the Channel Islands.

Suspected debris from the plane washed up on the Normandy coastline in France last Wednesday.

Sala was flying in the Piper PA-46 Malibu plane after transferring from French team Nantes in a 17 million euro move.

It vanished from radar around 20 kilometres north of Guernsey, with pilot Dave Ibbotson the only other person aboard.

(Except for the headline, this story has not been edited by NDTV staff and is published from a syndicated feed.)
Comments
Emiliano SalaEmiliano Sala missingMissing aircraft