Mike Pompeo said the US campaign, with partners, to pressure on Pyongyang was bearing fruit. 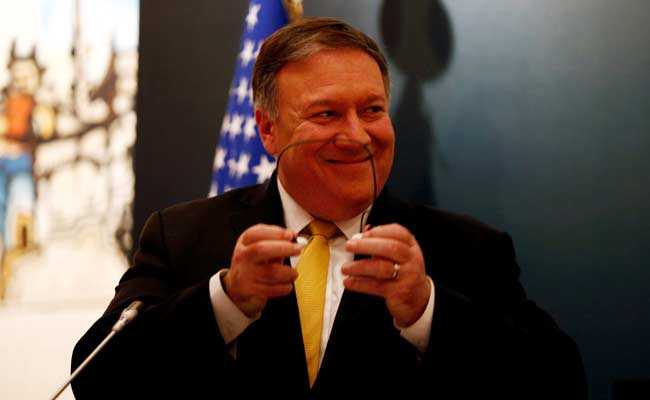 Washington: US Secretary of State Mike Pompeo said on Wednesday the United States is prepared to walk away from negotiations with North Korea if upcoming talks on its nuclear weapons program head in the wrong direction.

"A bad deal is not an option," Pompeo said in his opening remarks for a House Foreign Affairs Committee hearing. "The American people are counting on us to get this right. If the right deal is not on the table, we will respectfully walk away."

Pompeo said the US campaign, with partners, to pressure on Pyongyang was bearing fruit. "Our posture will not change until we see credible steps taken toward the complete, verifiable and irreversible denuclearization of the Korean peninsula," he said.

During questioning, Pompeo said the United States had no intention of making concessions to Pyongyang in talks between President Donald Trump and North Korean leader Kim Jong Un scheduled for June 12 in Singapore.

Promoted
Listen to the latest songs, only on JioSaavn.com
Pompeo also addressed Iran's nuclear program, telling the hearing the Trump administration intends to work with "as many partners, friends and allies as possible" to stop what he described as all of Tehran's nuclear and non-nuclear threats.

Trump, a Republican, announced earlier this month that he would reimpose many sanctions on Iran lifted under a 2015 international nuclear agreement reached under his predecessor, Democratic President Barack Obama.
© Thomson Reuters 2018