Michelle Obama's Memoir, 'Becoming' To Be Published On November 13

Michelle Obama selected the cover picture for her book jacket from a photo shoot that was done earlier this year in Washington by renowned portrait photographer Miller Mobley. 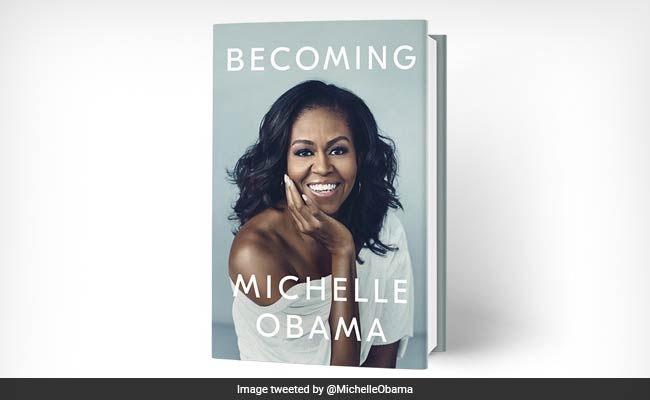 Michelle Obama's book, 'Becoming' will be published in 25 languages around the world.

New Delhi: Former US First Lady Michelle Obama's memoir "Becoming" will be published globally on November 13 and its cover was revealed on Instagram.

Michelle Obama selected the cover picture for her book jacket from a photo shoot that was done earlier this year in Washington by renowned portrait photographer Miller Mobley, with styling provided by Meredith Koop, Carl Ray, and Yene Damtew.

In leading up to her book cover reveal, Michelle Obama shared on her Instagram account four previously unpublished family photographs that illustrate moments in her personal journey of becoming the woman she is today.

"I'm thrilled to share with all of you the cover for 'Becoming'. The process of writing this book has been so personally meaningful and illuminating for me.

"As I prepare to share 'Becoming' this fall, I hope you'll also think about your own story, and trust that it will help you become whoever you aspire to be. Your story is what you have, what you will always have. It is something to own," she wrote.

The book will be released in the UK, Ireland, Australia, South Africa, India and New Zealand in print and digital formats by Viking, an imprint of Penguin Books. It will also be published in 25 languages around the world.

Promoted
Listen to the latest songs, only on JioSaavn.com
In her memoir, Michelle Obama chronicles the experiences that have shaped her - from her childhood on the South Side of Chicago to her years as an executive balancing the demands of motherhood and work, to her time spent at the world's most famous address.

She describes her triumphs and her disappointments, both public and private, telling her full story as she has lived it.