Michelle Obama was speaking ahead of the release of her new book, 'The Light We Carry'. 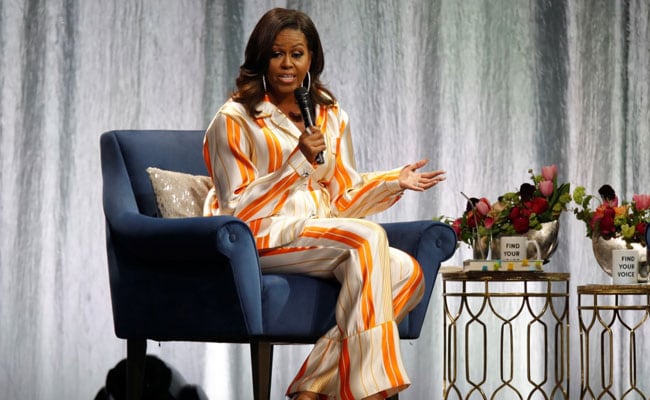 Michelle Obama was in the White House with his husband Barack from 2009 and 2017.

Former US first lady Michelle Obama has said that Donald Trump's victory in the 2016 presidential election shook her profoundly, and that the moment "still hurts". She was speaking ahead of the release of her new book, 'The Light We Carry'. Ms Obama said "leadership matters" but ruled out the possibility of running for US President herself in future. Her comments came ahead of Mr Trump's 2024 presidential race announcement where he said he aims "to make American great and glorious again".

"Whether or not the 2016 election was a direct rebuke of all that, it did hurt. It still hurts. It felt like something more, something much uglier than a simple political defeat," she told the BBC.

"Did we make a dent? Did it matter? And when I'm in my darkest moment, my most irrational place, I could say, well, maybe not. Maybe we weren't good enough," she further said.

"But then I look around, and when there is more clarity, when I'm able to unpack those feelings and think more rationally, I think, well, my gosh, there's a whole world of young people who are thinking differently about themselves because of the work that we've done," Ms Obama told the BBC.

He was barred from running for the third term under the provision of the US Constitution. After the ratification of the 22nd amendment in 1951, Presidents have been barred to serve more than two terms in office.

Meanwhile, Mr Trump has announced his re-election bid. The 76-year-old filed paperwork through his aides with the US Federal Election Commission for the 2024 White House bid.

Mr Trump is the first major contender from either the Republican or Democrat party to formally announce their candidacy.