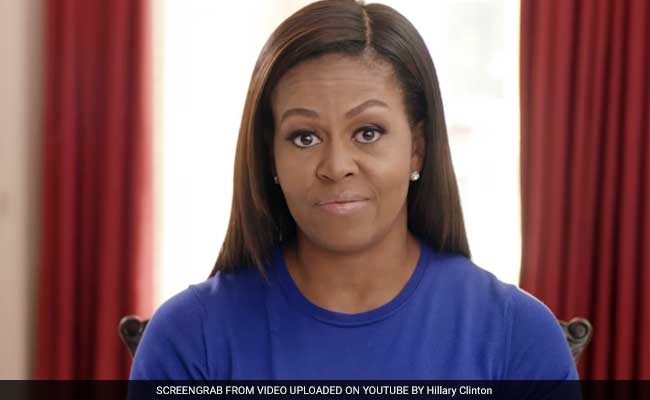 The ad for Hillary Clinton is the First Lady Michelle Obama's first TV ad for the campaign.

Washington: Making a strong pitch for Democratic presidential nominee Hillary Clinton as the next occupant to the White House, US First Lady Michelle Obama has appeared in a new television commercial released by the Hillary Campaign.

"Our children watch everything we do. And the person we elect as president has the power to shape their lives for years to come. Hillary has spent her entire career bringing folks together on behalf of our kids, because she believes that every child deserves a chance to succeed," the First Lady says in the 30 second ad.

"Hillary would be a president that our kids can look up to, a president who believes in our kids and fight for them every day. That's why I believe in her," Michelle said in the television commercial.

Promoted
Listen to the latest songs, only on JioSaavn.com
This is the First Lady's first TV ad for the campaign, and just last week, the campaign released a radio ad featuring Michelle that is currently on air in Florida, North Carolina, Ohio and Pennsylvania.

On Wednesday, the First Lady will campaign for Clinton in Pittsburgh and Philadelphia where she will lay out what is at stake in November.