That diversity of population in Miami offers startups access to markets on the US East Coast, Latin America and Europe, according to experts. 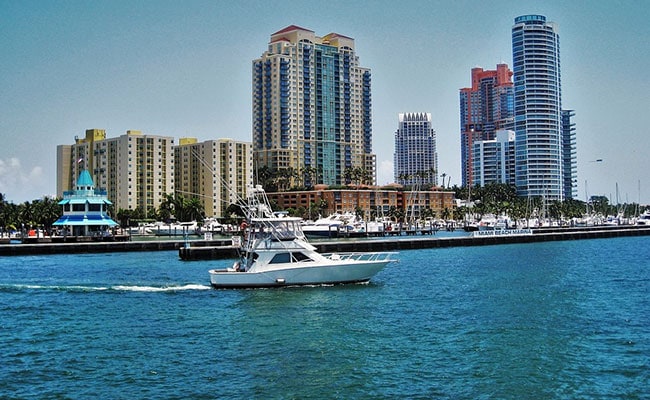 Miami is famous for beach parties, gators that wander onto golf courses and iguanas that tumble out of palm trees.

But now the city of "Scarface" and "Miami Vice" is vying to become a new powerhouse of tech startups that some in the business hope will spawn a novel phenomenon -- the "iguanacorn."

The word is meant to represent the tropical answer to the Silicon Valley "unicorns," start-ups that are worth more than $1 billion.

While still lagging behind San Francisco and New York, the Florida city is trying to position itself as a tech hub, and already has its first "unicorns" under its belt. They include ParkJockey, which has disrupted the car parking sector, and Magic Leap, which takes users into the world of augmented reality.

Looking to surf the Florida tech wave, so-called startup accelerators -- firms that invest in fledgling tech ventures and speed up their early development -- are starting to pop up in southern Florida.

Among the leaders is 500 Startups, which opened a Miami branch last year, as well as TheVentureCity, set up two years ago to offer opportunities to Latin American and European entrepreneurs who lack Silicon Valley contacts.

"Not everyone comes from Stanford or Columbia, from MIT, and has their own 'network' built up in San Francisco," said Laura Gonzalez-Estefani, a former Facebook executive and co-founder of TheVentureCity.

The idea of her company is to "identify the best businesses outside of Silicon Valley and give them a boost," she told AFP. She jokingly refers to such ventures as "iguanacorns."

"'Iguanacorns' is the way we tag the unicorns that are coming from emerging tech hubs," she said.

In keeping with that idea, her office is decorated with pictures of unicorns and their tropical, reptilian cousins.

Ana Gonzalez, head of 500 Startups Miami -- which has its main headquarters in Silicon Valley -- said that Miami's "entrepreneurial ecosystem is at an inflection point."

Her goal too is to "connect resources and expertise from Silicon Valley with Latin America and the Southeast United States."

Miami is already an international city, home to a diverse mix of Latinos and Europeans who can snack on Cuban croquettes or cross the street and find Russian "syrnikis," pancakes stuffed with cottage cheese.

Fifty-three percent of the city's 2.7 million residents are foreign-born, and locals joke that Miami is the only foreign city Americans can visit without a passport.

That diversity offers startups access to markets on the US East Coast, Latin America and Europe, according to experts.

Additional draws include low taxes, a lower cost of living compared to San Francisco and New York, and a pleasant climate -- if you don't mind hurricanes.

"A big percentage of our entrepreneurs are not from here," said Brian Breslin, head of the University of Miami's Entrepreneurship Center.

"Whether it's South America or Europe or other parts of the United States, they're coming here for lifestyle reasons, cost-of-living reasons, safety/security, access to different markets. So there's a lot of different value-adds of being here compared to, say, going to San Francisco, or New York, or Boston, or any of the other traditional tech hubs," he said.

According to 2019's Global Startup Ecosystem Report, which analyzes the health of tech ecosystems around the world, Miami is one of the ten cities to emerge as a hub this year, and ranks in the top 30 of the most important startup centers globally.

Tech sector workers in the city increased by 40 percent between 2012 and 2018, the report said, noting that "Miami is becoming a tech powerhouse."

And Breslin said the cycle of growth in more established tech hubs indicates that more expansion is yet to come.

"I don't think we've peaked yet. I think there's still growth to be had," he said.

"People go work at Facebook, or Google, make a ton of money and go start a new business. And we're just now getting to that point where people made a lot of money working at Chewy.com, at Ultimate Software, hopefully soon at Magic Leap, and then those people will turn around and start the next wave of businesses," he said.

"Ukraine Can Win And It Will": UK's Boris Johnson Asserts At G7 Summit