Miami Orders E-Scooters Off Roads Before Hurricane To Avoid "Scooternado"

As people in cities across Florida track the storm's path, board up businesses and stuff sandbags, they are also clearing the streets of what could become deadly projectiles in hurricane-force winds - dockless electric scooters. 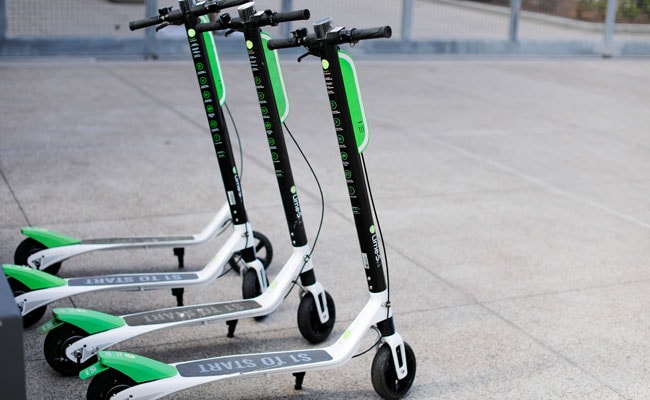 Welcome to the waning months of 2019, when nature's brewing, barreling hurricanes are strengthening, and humanity's disdain for walking has made preparing for those hurricanes increasingly strange.

As people in cities across Florida track the storm's path, board up businesses and stuff sandbags, they are also clearing the streets of what could become deadly projectiles in hurricane-force winds - dockless electric scooters.

"Scooternado" is what a Miami politician dubbed the nightmare scenario that could play out in the south Florida city of 460,000 people if Dorian brings destruction ashore.

On both coasts, in Miami, Tampa, Orlando and Fort Lauderdale, city officials and dockless scooter companies are executing plans to disable, collect and store the two-wheeled contraptions that have captured Americans' curiosity and cluttered their sidewalks, roadways and college campuses.

Lime is pulling a total of 1,500 scooters and 500 bicycles from Orlando, Miami and Fort Lauderdale and reducing its "fleet" in Tampa, a company spokesperson said. In Miami, Bird is "safely storing" its scooters, and Lyft has temporarily paused scooter operations and placed 244 machines in a warehouse. JUMP scooters, which are owned by the ride-sharing company Uber, has removed 250 scooters from Miami and 300 from Tampa.

In anticipation of hurricane season, these scooter companies developed collection plans in concert with city officials. Spokespersons for Lime, JUMP, Lyft and Bird said they are monitoring Dorian's path and heeding safety guidance.

Dorian is forecast to hit Florida on Labor Day as a Category 4 storm with 140 mph winds. The hurricane strengthened overnight Thursday and into Friday, growing into an "extremely dangerous" Category 3 storm with 115 mph winds, according to a National Hurricane Center bulletin.

It remains unclear where Dorian will make landfall on Florida's coast.