Dishwasher Worked On Sundays For 10 Years, Awarded $21 Million By Jury

A federal jury awarded Marie Jean Pierre $21.5 million. Of that, $36,000 is meant to cover lost wages and benefits, while $500,000 is for emotional pain and mental anguish. The remaining $21 million is for punitive damages 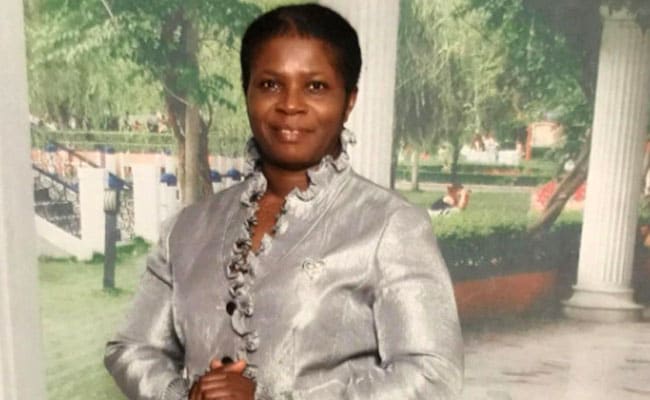 Marie Jean Pierre will receive at most $300,000 due to a cap on punitive damages

For nearly a decade, Marie Jean Pierre showed up to work as a dishwasher at the Conrad Hotel in Miami's posh, high-rise-filled Brickell neighborhood.

The Haitian immigrant said she informed the hotel from the time she was hired, in April 2006, that she could not work on Sundays because she was a missionary for the Soldiers of Christ Church.

"I love God," Pierre, 60, told NBC Miami on Wednesday. "No work on Sunday, because Sunday I honor God."

For most of that time, the hotel respected her religious beliefs and allowed her to have Sundays off. However, that changed in October 2015, after a kitchen manager insisted on scheduling her to work on Sundays.

Pierre had her pastor write a letter explaining that it would be a violation of her religious beliefs to do secular work on the Sabbath - but the manager allegedly disregarded it, according to a copy of a complaint Pierre would later file against the hotel chain.

The arrangement forced Pierre to ask her co-workers to switch shifts with her if she wanted to take Sundays off. This lasted until March 2016, when Pierre "was terminated for alleged misconduct, negligence and 'unexcused absences,' " the complaint stated.

In turn, Pierre filed a complaint with the Equal Employment Opportunity Commission, saying the hotel had discriminated against her religious beliefs.

Ultimately, she filed a lawsuit against Park Hotels and Resorts of Tysons, Virginia (formerly known as Hilton Worldwide, which managed the Conrad), saying the hotel had violated the Civil Rights Act of 1964, which bans employment discrimination on the basis of race, color, religion, sex or national origin.

Pierre's attorney, Marc Brumer, said the hotel had an obligation to "reasonably accommodate" their employees' religious beliefs - and argued that they could have easily done so for Pierre. Instead, he said, they charged her with absenteeism and fired her.

"Money wasn't the issue it was riding on," Brumer told The Washington Post in a phone interview. "My argument to the jury was, 'We have to send a message to corporations. They have no heart. They're businesses.' . . . (Park Hotels and Resorts) is a billion-dollar corporation. A million dollars wouldn't be right. I mean, what would be the number that would change the world?"

On Monday, a federal jury decided what that number would be, awarding Pierre $21.5 million. Of that, $36,000 is meant to cover lost wages and benefits, while $500,000 is for emotional pain and mental anguish. The remaining $21 million is for punitive damages.

Despite the staggering figure, Pierre will receive at most $300,000 out of the $21 million because of a cap on punitive damages. However, Brumer noted that jurors did not know there was a cap.

"For them, it wasn't really money. It was trying to right the wrong," Bruner said. "It's just a great day for religious freedoms and protection of workers."

Attorneys for the hotel said they planned to appeal, according to NBC 6 South Florida.

"We were very disappointed by the jury's verdict and don't believe that it is supported by the facts of this case or the law," Hilton said in a statement to the news station. "During Ms. Pierre's 10 years with the hotel, multiple concessions were made to accommodate her personal and religious commitments."