Jimenez Pons, who is offering $99 million for the 300-seat Boeing Dreamliner 787, showed up and had to get in line like everybody else. 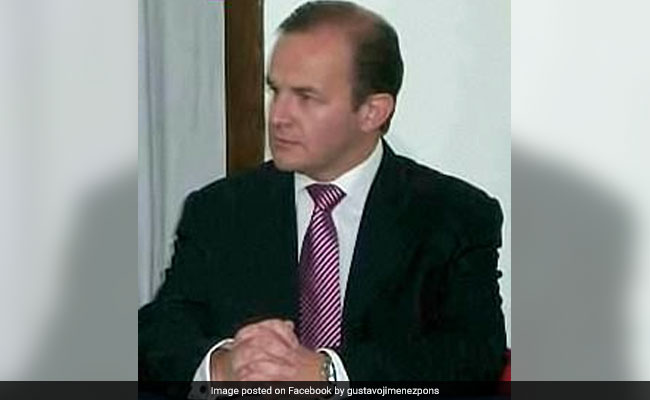 Mexico's leftist president-elect wants to sell the jetliner that comes with the job, calling it a wasteful luxury.

Now, he has a potential buyer who wants to use it as an uber-posh taxi for presidents, or guys like Mick Jagger.

People seeking favors or other things from the new leader line up outside his office every day. Jimenez Pons, who is offering $99 million for the 300-seat Boeing Dreamliner 787, showed up and had to get in line like everybody else.

What he's offering would be a cut rate price: Reforma said the plane is valued at $220 million.

His idea, Reforma said, is to rent the aircraft out to "presidents of other countries who do not have private planes, or rock groups like the Rolling Stones," added the daily El Universal.

Lopez Obrador, who won a landslide victory in elections in July and will take power on December 1, has said he will never use the plane and wants to sell it, and will not use any private aircraft for that matter.

The executive jetliner was purchased in 2016 by the outgoing president, Enrique Pena Nieto, who spruced it up with sophisticated communications gear and a special rest area for the president.

In Mexico, selling the plane is seen as a tall order, given the small market for people who want to buy a jetliner.

Newspapers seemed to express surprise that Jimenez Pons, despite what he said he had in mind, had to wait in line with people seeking favors, jobs or money from Lopez Obrador.

Jimenez Pons ran unsuccessfully for mayor of Mexico City in 2006.

And in the last election cycle, he tried to run for president as an independent but failed to muster the signatures needed to get on the ballot.

(Except for the headline, this story has not been edited by NDTV staff and is published from a syndicated feed.)
Comments
Gustavo Jimenez PonsMexicoPresidential Plane