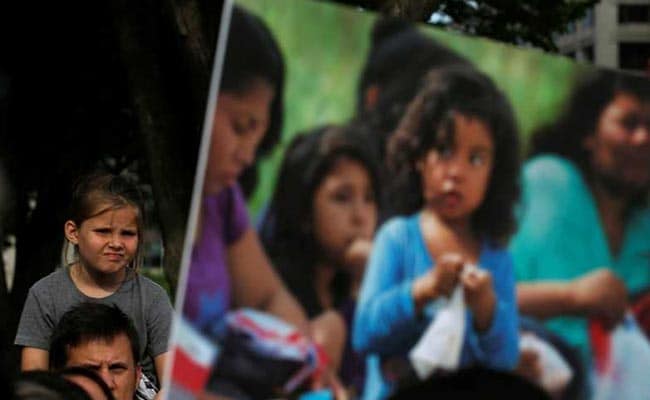 The airline said it would offer free flight to reunite children with their parents. (Reuters)

"It hurts us to see these children without their parents and it is our vocation to reunite them," Volaris said in a statement.

The airline said it would work with authorities in the United States, Mexico and Central America to offer free flights on its pre-existing routes to reunite children with their parents. According to its website, Volaris flies to over 65 locations across Mexico, the United States, Guatemala, El Salvador, Nicaragua and Costa Rica.

After facing an uproar at home and abroad, Trump bowed to intense pressure on Wednesday and signed an order ending the separation of children from their families while parents were prosecuted for crossing the border illegally.

This week, four major U.S. airlines asked the federal government not to use their flights to transport migrant children away from their parents.

Some of the over 2,300 children separated from their parents since mid-April have been flown to states far from the border area between Mexico and the United States, where their parents are being charged in immigration courts, according to media reports.

Promoted
Listen to the latest songs, only on JioSaavn.com
There have been some cases of immigrants being deported without their children. On Thursday, El Salvador demanded a seven-year old boy be returned to his father who was deported back to the Central American country this week.
© Thomson Reuters 2018