Google CEO Tries to Calm Staff After Report on Misconduct

#MeToo Movement: In the past two years, 48 people have been terminated for sexual harassment, including 13 who were senior managers and above, Pichai and Eileen Naughton, vice president of people operations, wrote in an email to staff. 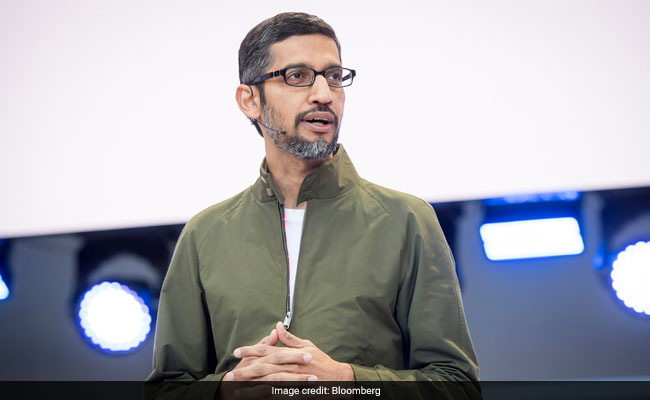 Google Chief Executive Officer Sundar Pichai sought to reassure employees of the internet giant after a newspaper report said a former top executive was paid millions of dollars when he left following allegations of harassment and sexual misconduct.

In the past two years, 48 people have been terminated for sexual harassment, including 13 who were senior managers and above, Pichai and Eileen Naughton, vice president of people operations, wrote in an email to staff. None of these individuals received an exit package, they added. A Google spokeswoman sent a copy of the email to Bloomberg.

A Google employee accused Android chief Andy Rubin of coercing her into performing oral sex in a hotel room in 2013, the New York Times reported on Thursday. Google investigated, concluded her claim was credible, and asked Rubin to resign. The company could have fired Rubin and paid him little to nothing, but instead, it paid him a $90 million exit package and didn't say anything publicly, the newspaper reported, citing unidentified people with knowledge of the episode.

Rubin's representative, Sam Singer, told Bloomberg that Rubin left of his own accord in 2014. "He did not engage, nor has he ever been told of any misconduct at Google or anywhere else," Singer wrote in an emailed statement. "Any relationship that Mr. Rubin had while at Google was consensual and did not involve any person who reported directly to him. He did have a consensual relationship that occurred in 2012. To his knowledge, at that time there were no policies in place that prohibited relationships between employees."

Google has updated its policy to require all vice presidents and senior vice presidents to disclose any relationship with a co-worker regardless of reporting line or presence of conflict, Pichai and Naughton wrote on Thursday.

"We want to assure you that we review every single complaint about sexual harassment or inappropriate conduct, we investigate and we take action," they added. "In recent years, we've made a number of changes, including taking an increasingly hard line on inappropriate conduct by people in positions of authority."

Rubin's misconduct was reported by Bloomberg News and other publications in late 2017 and he took a brief leave of absence from his startup, Essential Products, soon after.

However, the New York Times provided new details of Rubin's actions on Thursday. The paper also reported other instances when Google protected executives who had been accused of sexual misconduct, or ousted alleged offenders but softened the blow by paying them millions of dollars as they departed.

The report suggests Google had a permissive culture when it came to executive conduct and relationships with co-workers. At least one Google employee spoke out further following the report, saying the company's moves to protect executives makes it harder for victims to report abuse.

"The culture of stigmatization and silence *enables* the abuse by making it harder to speak up and harder to be believed," Liz Fong-Jones, who is quoted in the Times's story, wrote on Twitter. "It's the abuse of power relationships in situations where there was no consent, or consent was impossible."