As many as 48 people have been fired from Google over sexual harassment allegations over the past two years, Pichai said, 13 of whom were senior managers and above. 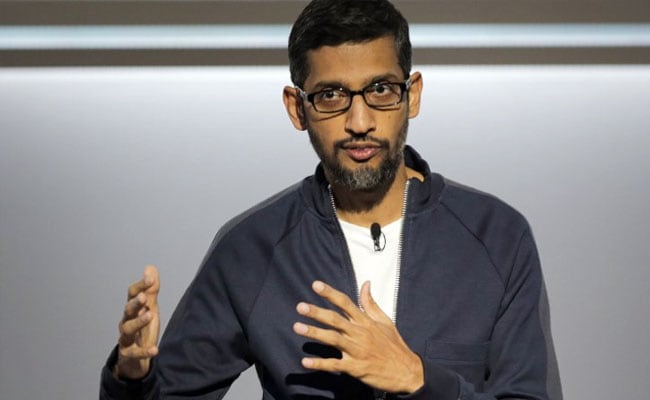 In his note, Google's Sundar Pichai conceded that the Times' report was "difficult to read."

Google chief executive Sundar Pichai said the company is "dead serious" about dealing with allegations of sexual harassment and misconduct in an internal memo sent to employees on Thursday and obtained by The Washington Post.

As many as 48 people have been fired from Google over sexual harassment allegations over the past two years, Pichai said, 13 of whom were senior managers and above.

"None of these individuals received an exit package," he wrote in the memo, which was co-signed by Eileen Naughton, vice president of people operations.

The memo comes after the New York Times reported Thursday that Google paid Andy Rubin, the creator of the Android mobile operating system, $90 million after he left the company in 2014 over an allegation of sexual misconduct. Google also invested heavily in Rubin's next project, according to the report, which also highlights two other cases in which the company seemingly protected employees accused of sexual harassment.

In his note, Pichai conceded that the Times' report was "difficult to read." The revelation is the latest blow to a company - and an industry - that has come under deep public scrutiny for its workplace culture.

For years, critics have argued that Silicon Valley startups are dominated by whites and males, and that the demographic dynamic subtly influences everything from minor office interactions to major product decisions.

Tech companies acknowledge that women and minorities are underrepresented in the industry: In its own diversity report, Google said this year that men account for 75 percent of the company's leadership ranks and that roughly 93 percent are whites and Asians.

The ubiquity of men in the tech industry has given rise to a "bro-grammer" stereotype that infamously exploded into public view in 2017, when a former Uber employee said she had suffered sexual harassment on the job while the firm routinely ignored her complaints. The misconduct allegations touched off months of investigations, policy shifts and even the departure of its chief executive, Travis Kalanick.

Unlike Uber, Google now faces questions not only about a coverup, but also about why the search giant seemingly rewarded those who engaged in inappropriate behavior.

Google on Thursday reported mixed earnings, missing analysts' revenue estimates despite beating earnings expectations. The company reported revenues of $33.7 billion for the quarter - sending the company's stock down 5 percent after hours. The lower-than-expected revenue was due to higher costs associated with putting its search engine and other services on third-party platforms such as Apple's iPhone, the company said.

On an analyst conference call, Pichai told investors that Google expects to roll out its technical solution in the "next few weeks" addressing European antitrust concerns over Android. Regulators had taken the company to task over Google's practice of bundling its mobile search engine and browser with its Android app store, alleging that doing so stifled competition. Google's solution, unveiled this month, was to allow smartphone makers to pre-install the app store separately from other apps, charging a licensing fee for each.

But despite peppering executives with numerous questions on the scrutiny Google faces internationally and at home, none of the financial analysts on Thursday's call asked about Rubin or the company's workplace harassment policies.