Meet The Man Who Made Pokemon An International Phenomenon 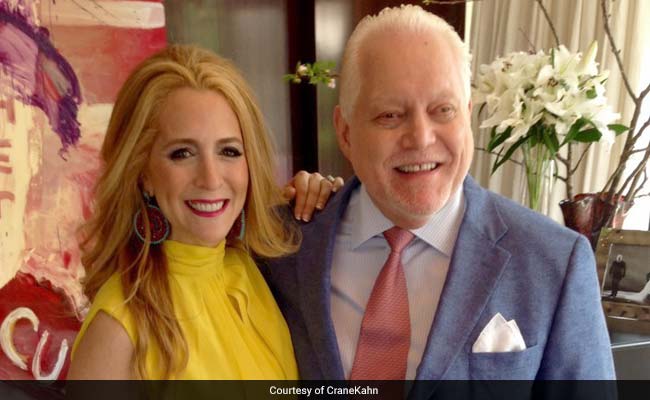 You probably don't know him, but Al Kahn is likely to have had an enormous influence on your life. As a licensing executive, Kahn has spent more than 30 years distributing and promoting some iconic brands, including the Cabbage Patch Kids, Teenage Mutant Ninja Turtles, James Bond and Yu-Gi-Oh.

But the true highlight of his career may be that he is responsible for Pokemania - an accomplishment that may make you either praise or curse him. Kahn is the one who persuaded the company behind the "Pocket Monsters" card and Game Boy games to bring the franchise out of Japan and introduce it to the world.

He also happens to be the one who decided that the franchise should be called "Pokemon."

The franchise - a monster-collecting card and video game inspired by creator Satoshi Tajiri's childhood bug collection - was a notable hit in Japan in the early 1990s. Kahn, then working with a group called 4Kids Entertainment, was visiting the country on business from the United States on other licensing work with Nintendo.

While there, Kahn saw something very unusual.

"I noticed these kids were congregating everywhere," he said "They were in packs, all involved with each other." He asked around about what could have drawn all these kids together, and the answer came back: "Pocket Monsters."

When he found out more, Kahn said, he pitched the idea of exporting the game to the group of companies that owned it, including Nintendo.

The Japanese executives were very reluctant at first, he said.
"They said they didn't think it was going to work," Kahn said.

Pokemon wasn't an action-packed game; it was more of a role-playing game. It required patience. But Kahn was adamant that the cute characters, the drive to collect different monsters and - above all - the social experience built into the game through trades gave it the foundation for a hit.

Kahn had a proven instinct for these things. He'd already taken Cabbage Patch Kids from a local business in Georgia to an international phenomenon. So he took a big bet. He agreed to put up the money to get the franchise going overseas, in exchange for the licensing rights to the franchise for everywhere outside Asia. That earned him his approval, and he got the rights to license the game and the anime cartoon that came along with the franchise.

He decided then that the game needed a cooler name than "Pocket Monsters." "I didn't like the name 'Pocket Monsters,'" he said, partially because it didn't sound different enough from other monster games. "I wanted the name to be more Japanese-y."
And so, Poke;mon was born, with that tricky accent over the "e" to give it a little flair and help with pronunciation.

Kahn said some things about the cartoon and the series did have to change. "There are some things kids like in Japan that they don't like out of Japan," he said. This Americanization of anime later proved controversial, but Kahn considered it necessary to make the show palatable to U.S. audiences. References to Japanese history, customs and some food, for example, were modified to make sense to an American audience. The game's protagonist, Satoshi, became Ash Ketchum. But some names, like Pikachu - which loosely means "sparkle mouse" in Japanese - stayed.

All the scripts were rewritten, as was all the music for the cartoon. That's right. You can thank Kahn, in some part, for that earworm of a theme as well.

The strategy was to get the cartoons on televisions across the country, then leverage that to help sell the video games, which Nintendo agreed to release in the United States at the same time. Kahn also licensed the card games to Wizards of the Coast - of Magic: the Gathering fame - for a three-pronged assault.

The problem was, no television stations were interested in showing this weird anime-like show. Rebuffed, Kahn decided to syndicate the show, selling it one market at a time, to 200 stations in the United States in 1999. Even then, it didn't seem as if the show stood much of a chance. "A lot put it on at 6 a.m - not in their best spots," Kahn said.

But then, something odd started happening. Stations started reporting that kids were apparently getting up early in the morning to watch the show - sometimes giving those early hours of programming more viewers than the prime after-school hours. From there, it was off to the races.

"The card games started to sell like crazy, and it started to really just blow up," Kahn said. "Before we knew it, we were in the middle of it, full-throng - holy mackerel! You're swamped. It was - and is - one of the most exciting things I have ever been with."

From there, Pokemania really hit its stride. The first Pokemon movie, released in 1999, is still among the top 10 highest-grossing video game films of all time. The consortium behind the franchise became the Pokemon Co.; it reported that its media properties raked in revenue of $47 billion as of May. Kahn stayed with the property until 2010; today, he runs a firm called CraneKahn that is still looking for new kids' entertainment properties.

One thing that has stuck with him about Pokemon, though, is hearing from fans about how much the game meant to them.
"A very high-placed entertainment person, this woman running a huge company, wrote me a letter and said, 'My son is autistic and never spoke until he started to play Pokeemon,'" Kahn recalled.
He said he's happy to see the game take on a new life with Pokemon Go. "I get a lot of pleasure out of it, because I think we have a little bit to do with it," he said. But, he added, he also gives due praise to Nintendo and the Pokemon Co. for coming up with the ideas in the first place: "I credit them with the vision," he said.

(This story has not been edited by NDTV staff and is auto-generated from a syndicated feed.)
Comments
Al KahnPokemonPokemon GoPokemaniaJillian Crane