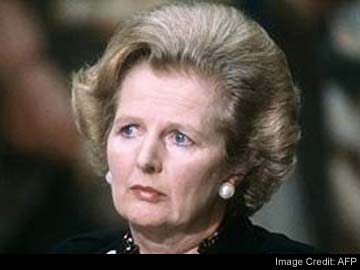 London: Margaret Thatcher came close to declaring emergency in 1984 in the wake of the miners' strike in Britain and considered passing a new law giving extra powers to soldiers, according to government documents.

Thatcher, the then Prime Minister, considered ordering an emergency recall of Parliament to pass the new law, giving extra powers for soldiers to replace striking workers, newly-released documents by the National Archives show.

The then US President Ronald Reagan, one of Thatcher's closest allies, sent her a private cable of support at this point.

The American president wrote: "I just wanted you to know that my thoughts are with you as you address these important issues. I'm confident as ever that you and your government will come out of this well".

Ministers were so alarmed when dockers' union leaders called a national walkout in July 1984 that plans were drawn up for thousands of troops to commander lorries to move vital supplies of food and coal around the country.

Thatcher said ship owners had privately told her that the scale of the dock strike was "greater than they had ever witnessed before", making it impossible to move any containers.

Her ministers were nervous that calling out the army could make matters worse and feared that declaring a state of emergency could be seen as a "sign of weakness", the documents released under the 30-year rule show.

In public, Thatcher and her officials maintained an uncompromising stance towards the miners' demands as they pinned their hopes on moderate workers rejecting union leader Arthur Scargill's hardline position.

However, privately they feared that a widespread escalation of the strike into other industries could bring Britain grinding to a halt.

The documents from 1984 have unveiled various facets of the public and private life of one of Britain's most prominent Conservative party chiefs, who died last year.

Promoted
Listen to the latest songs, only on JioSaavn.com
Thatcher's cabinet meetings also came under attack with one of her ministers, John Biffen, describing them as "miserably disappointing" gatherings devoid of debate and filled with "unctuous self-satisfaction".

Biffen was sacked from the Cabinet after the 1987 general election.