The Manchester attack was carried out by using an explosive device planted at American pop singer Ariana Grande's concert. 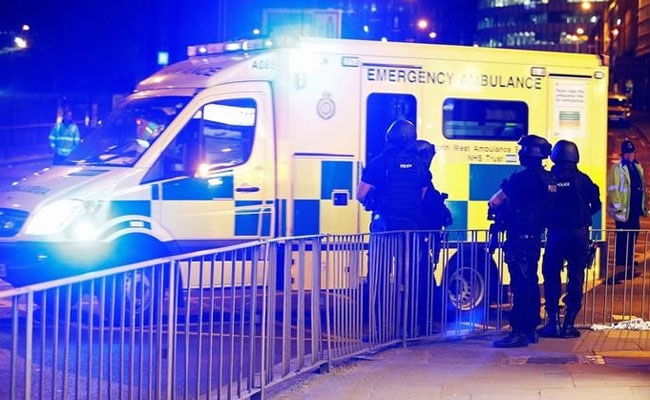 Manchester: Stories of random acts of kindness are emerging in the wake of the Manchester terror attack, with many people and Sikh temples offering free food and rooms for the night.

Driver AJ Singh said he tried to help wherever he could.

"I've had people who needed to find loved ones. I've dropped them off to the hospital. They've not had any money, they've been stranded," he told Channel 4 News.

"We should come out and show whoever's done this that it doesn't matter because Manchester, we're glue and we stick together when it counts."

Manchester, a heavily industrialised city, some 260 km from London, is home to a significant number of people from South Asia.

Sam Arshad, from StreetCars Manchester asked his drivers to give free rides to anyone stranded after the Ariana Grande concert.

"The audience was a very young audience, and there were a lot of people there without their parents," he told the BBC.

"There are stories of cab drivers driving over from Liverpool to try and offer people free lifts back to Liverpool.

"There were stories of people coming on to the streets of Manchester to offer their spare rooms because people were not able to get back to their hotels."

Liverpool City Region Metro Mayor Steve Rotheram, whose two daughters and two nieces were at the concert, praised the "spontaneous acts of ordinary people" of Manchester following last night's attack at a concert in the city.

"And it's then that people were requesting taxis but they didn't have money.

"It was at that point that I made the decision that money isn't everything in life and we're part of Manchester and we need to do our part to make sure these people get home safe and sound," Rotheram said.

Promoted
Listen to the latest songs, only on JioSaavn.com
At least 22 people were killed and 59 others injured when a lone suicide bomber set off a bomb at the Manchester Arena after US pop star Ariana Grande concluded her concert last night.