"They Messed Up My Life": Man Who Was Jailed For Bringing Honey To US

He bought three bottles of honey during his vacation in Jamaica. Customs officials said it was liquid meth. Lab tests showed it wasn't. 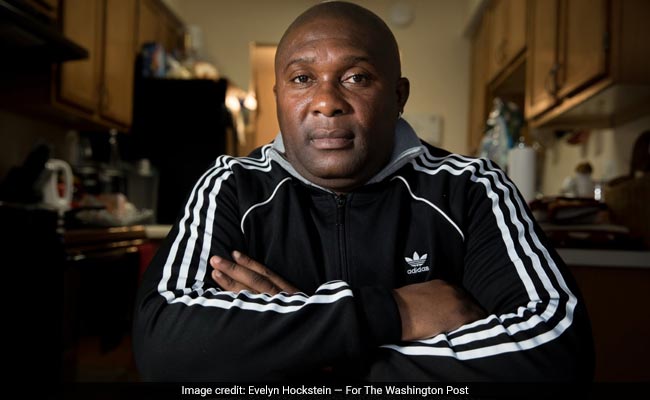 Man was jailed after customs officials alleged that honey jars he had brought contained methamphetamine.

Leon Haughton likes honey in his tea. Which is why during his Christmas visit to relatives in Jamaica, he made his regular stop and bought three bottles from a favorite roadside stand before heading home to Maryland.

It was a routine purchase for him until he landed at the airport in Baltimore. Customs officers detained Haughton and police arrested him, accusing him of smuggling in not honey, but liquid meth.

Haughton spent nearly three months in jail before all charges were dropped and two rounds of law enforcement lab tests showed no controlled substances in the bottles.

By then, Haughton, who according to his lawyer had no criminal record, had lost both of his jobs as a cleaner and a construction worker.

"They messed up my life," Haughton said. "I want the world to know that the system is not right. If I didn't have strong people around me, they would probably leave me in jail. You're lost in the system."

Months after his release, he is only now fully rebuilding his life after the setback devastated him and his family of six children.

Haughton's statusas a legal permanent resident with a green card complicated his case. Because he was arrested at an airport for alleged drug felonies, his case triggered a federal detention order that extended his time in jail, court testimony shows.

Twenty days after his arrest, a state police lab test looking for drugs in the bottles came up negative. Yet the 45-year-old father sat behind bars for two more months total before the last of the charges were dropped after a second all-clear in a federal lab test.

After landing at Baltimore-Washington International Thurgood Marshall Airport on Dec. 29 around 10 p.m., U.S. Customs and Border Protection detained Haughton for more than two hours before Maryland Transportation Authority Police put him in handcuffs, according to charging documents. The bottles with gold-colored screw tops labeled "honey" in his bag, they told him, had tested positive in a drug field test for methamphetamine.

Every year for the nearly 10 years since Haughton has been living in Prince George's County, the native of Jamaica travels to the island in December to visit his mother. The green card holder never had any problem returning to Maryland until last year, when a K-9 unit started sniffing around his bag.

Haughton thought the dog was interested in his leftover chicken. But Haughton said he quickly noticed agents and officers whispering to one another before disappearing behind a screen. When they returned, a man took Haughton away. His bag didn't come with him.

Haughton and Morris contend he was stereotyped because of his race. Authorities, Haughton's lawyer said, questioned him about "a big Jamaican gang and drug dealing conspiracy."

Haughton had given up sugar years ago but drinks honey with his tea. He prefers honey from a particular bee farm in Jamaica because it is cheaper and "more pure" and always asks friends visiting the island to bring him back some.

Carey Phillips, Haughton's girlfriend, said that when he didn't come home from his Jamaica trip, she assumed he had extended his stay as he had done in the past and couldn't get in touch with her. But days later she got a letter from the Anne Arundel County detention center from Haughton.

"I was shocked," Phillips said. "It seems unreal to me. If someone does a crime, you understand, but if there's nothing, that time is wasted."

Haughton - facing at least 25 years in jail - appeared in court for a bail review two days after his arrest. A public defender at the hearing said Haughton had no prior convictions and had lived in the area for the past nine years. A judge agreed to let him go on work release, court files and recordings of the hearing show.

But more than three weeks later, Haughton was still behind bars.

The drug charges triggered detention orders from Customs officials, Haughton's lawyer said. Although the Maryland State Police lab returned test results on the bottles that indicated "No CDS detected" on Jan. 17, and although prosecutors had dropped the three felony drug counts on Jan. 23, Haughton still was facing a misdemeanor charge for possession of a controlled dangerous substance, or CDS.

Haughton asked to be released on Jan. 24 at his second bail review, but Anne Arundel County District Court Judge Laura M. Robinson worried he would not appear for trial.

"The problem is I can't let him go to ICE because he would be deported potentially," Robinson said, according to a recording of the hearing. "Even if I released you, you still wouldn't necessarily be released. You would go into federal detention."

Haughton was sent back to jail, appearing in court for a third bail review Feb. 5.

Morris, Haughton's lawyer, told the judge that Haughton should be released because the immigration detainer was triggered by the felony charges, which had been dropped. The federal government was in the middle of last winter's shutdown, and Morris said he couldn't reach anyone at Immigration and Customs Enforcement to lift the detainer.

"The thing that's going to end up happening, and they're going to realize it is, it's just honey," Morris said during the bail review. "He's been in jail for 30 days for honey."

Robinson said she would consider releasing Haughton on his own recognizance but only if the federal government pulled the detention order.

Haughton went back to jail - again.

Had Haughton been stopped at any other location, according to multiple immigration lawyers, federal authorities probably would not have issued a detainer for him. But because Haughton was stopped at a port of entry at an airport, the felony charges probably triggered "inadmissibility proceedings," which require only that law enforcement officials have "reason to believe" someone is a drug trafficker to trigger possible deportation proceedings, according to the immigration lawyers.

The standard, however, is "murky," said Adina Appelbaum, program director of the Immigration Impact Lab at the Capital Area Immigrants' Rights (CAIR) Coalition.

As a basis for removing someone from the country, it is "concerning" because "of how broadly it can be interpreted and applied," Appelbaum said. "More broadly, this case demonstrates the disproportionate consequences that criminal offenses and allegations can have in the immigration realm, including for people who have lawful status for a green card."

Emma Winger, a staff attorney for the American Immigration Council, said Haughton's case is unusual in that he was detained over honey, but not surprising in other respects.

"It's not unusual that people who are held in criminal custody with ICE detainers have their detentions prolonged and then the charges are dismissed," Winger said.

Winger, like Morris, said the detainer for Haughton probably should have been dropped when the felony drug trafficking charges disappeared.

"Once it was down to possession and not drug dealing, that seems like a good reason to drop the detainer," Winger said. But, she added, "it's a little bit fuzzier because in theory, all Immigration needs to charge under this ground of inadmissibility is that they had probable cause" to believe Haughton was a drug trafficker who should be barred entry.

Morris said he attempted to reach Immigration and Customs Enforcement multiple times to get the detention order lifted but couldn't make contact. Both Appelbaum said Winger said they are not surprised. It is generally difficult to reach someone at ICE to lift detainers for what may be considered low-priority cases, and during the shutdown, Appelbaum said, "there was a lot of chaos and no responses."

When asked about the case, Customs officials directed The Washington Post to Maryland Transportation Authority Police, which directed a reporter to prosecutors in the Anne Arundel County state's attorney's office. Prosecutors answered some questions about their case but directed The Post to the Department of Homeland Security over questions on Haughton's detainer.

ICE directed The Post back to Customs, where Steve Sapp, a spokesman for U.S. Customs and Border Protection, said privacy laws prohibit the agency "from discussing specifics of any individual traveler's arrivals inspection."

Haughton recalls the emotions, the stress and the pain in his children's voices when they spoke on the phone while he was incarcerated.

"It broke me right down," Haughton said. Every time, they asked, " 'When are you coming home?' "

In explaining the need for two rounds of lab tests, Anne Arundel County State's Attorney Anne Colt Leitess said in an interview that the Maryland State Police crime lab is not equipped to analyze honey or liquid, so its results wouldn't have cleared Haughton.

Because the first test came up negative, she said, the state dropped the three felony drug charges but maintained the misdemeanor charge based on the drug K-9's hit and the positive field test while law enforcement sent the bottlesto a Homeland Security lab in Georgia for more testing.

"The ICE detainer is really what is holding him," Leitess said. "He was not being held on anything with us."

For weeks, Morris emailed prosecutors asking for the status of the lab test out of Georgia. Then, at a court hearing on March 21 - a month and a half after Haughton's third bail review and nearly three months after his initial arrest - prosecutors dropped the final charge.

Leitess said her office had no control over how quickly the second test results arrived but that it dropped the last charge against Haughton immediately after learning them.

Haughton said he's been trying to get his life back in order. He has a job driving a bread truck after losing his previous jobs while jailed. And his children are trying to improve their grades after the trauma of his disappearance affected their schoolwork.

Haughton says he is constantly trying to reassure his children - one of whom burst into tears when Haughton came home because she didn't recognize her father - that he isn't going to vanish again.

But some scars, Haughton said, won't go away.

"I'm scared to even travel right now," Haughton said. "You're innocent, and you can end up in jail."

(Except for the headline, this story has not been edited by NDTV staff and is published from a syndicated feed.)
Comments
Leon HaughtonMan Jailed For Bringing Honey To USMan Brings Honey To US