A federal judge, after a hearing in Cincinnati, found Brian Michael Rini, 23, posed a flight risk if released before trial. 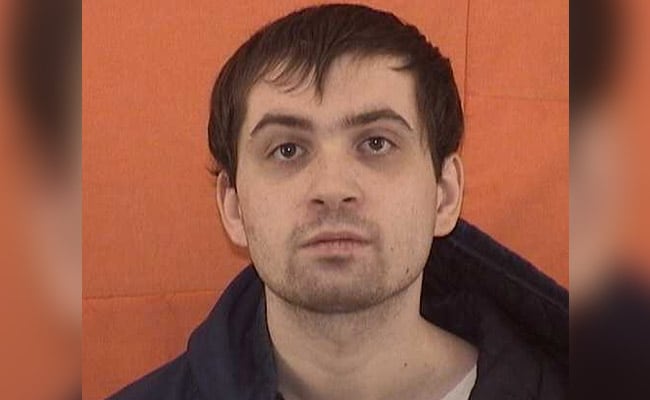 Rini, of Medina, Ohio, was charged with lying to federal agents after he appeared in Newport.

A 23-year-old former convict charged in Ohio with making false statements after he claimed to be long-missing Illinois teen Timmothy Pitzen was ordered on Tuesday to be held in detention.

A federal judge, after a hearing in Cincinnati, found Brian Michael Rini, 23, posed a flight risk if released before trial.

The disappearance of Pitzen, a boy from Aurora, Illinois, has stumped authorities since 2011. He was last seen at age 6 with his mother, who took him to a zoo and a water park and then committed suicide in a motel room, leaving behind a cryptic note on her son's whereabouts.

Rini, of Medina, Ohio, was charged with lying to federal agents after he appeared in Newport, Kentucky, outside Cincinnati last week and said he was Pitzen, federal officials said. He told them he had escaped from an eight-year ordeal at the hands of sex traffickers.

But Rini's claim was debunked on Thursday after DNA test results conducted at the Cincinnati Children's Hospital confirmed he was not the long-lost boy, law enforcement officials said last week.

Rini, after confessing he was not Pitzen, told federal agents he heard about the boy's case on the ABC television program "20/20" and claimed to be Pitzen to distance himself from his own family, according to court documents.

"Based on the information of record, the court finds by a preponderance of the evidence that the defendant's release would pose a risk of nonappearance at court proceedings," U.S. Magistrate Judge Karen Litkovitz said in a one-page ruling.

Rini's criminal record, the potential for a long prison sentence if convicted in the case, his lack of family or community ties or employment and other factors made him likely to seek to flee ahead of trial, the judge found.

An attorney for Rini could not be reached for comment on Tuesday.

Rini faces up to eight years in prison if found guilty of lying to federal agents.

He was released from Ohio's Belmont Correctional Institution on March 7 where he spent about 14 months behind bars for burglary and vandalism.

Rini is scheduled to appear before the federal judge on April 19 for a preliminary hearing.