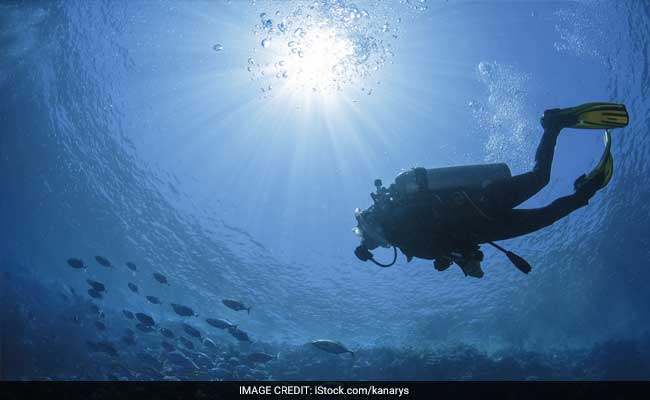 The 46-year-old had been diving with another man at African Reef off the West Australian coast.

Melbourne: An Australian scuba diver has survived eight hours in shark-infested waters in the Indian Ocean after becoming separated from his boat and having to swim 16 km in darkness to shore.

The 46-year-old had been diving with another man at African Reef off the West Australian coast on Thursday evening when he resurfaced and could not find their vessel, which had drifted from its mooring after the anchor rope broke, reports Xinhua news agency.

The other man managed to find the boat and called the Volunteer Marine Rescue group just after 7 pm as it was getting dark.

The missing man had a reflective strip on his buoyancy jacket, but it was not enough to make him stand out at night. Several boats in the region joined the search and while some passed close by the stranded diver, none saw him.

"We got the boat in the water straight away," Marine rescue spokesman Ian Beard told the Australian media on Friday.

Early in the morning, around the time rescuers were heading back to refuel with plans to resume the search at first light, the diver spotted torch lights as his desperate family members scoured the shoreline. He used them to swim his way back to land.

They found him on the beach at Greenough about an hour later, 33 km from where he was last seen. "I can just imagine what a reunion it was," Beard said. "It was a big swim."

Promoted
Listen to the latest songs, only on JioSaavn.com
The man was taken to hospital for a check-up and would have been close to suffering hypothermia, which can be fatal, Beard said.