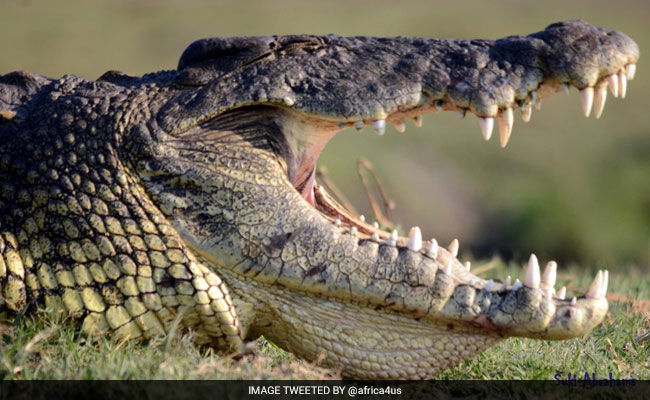 The researchers do not know how the deadly crocodiles got introduced in Florida.

New York: At least three man-eating Nile crocodiles that can grow to 18 feet long and weigh as much as a small car have been found living in the US Sunshine State of Florida, DNA tests have confirmed.

Nile crocodiles, Crocodylus niloticus, were responsible for at least 480 attacks on people and 123 fatalities in Africa between 2010 and 2014.

In Florida, the invasive crocodiles were captured between 2000 and 2014, leading the University of Florida scientists to analyse their DNA, study their diet and one of the animal's growth.

Scientists verified the animals were Nile crocodiles linked to native populations in South Africa, and confirmed the species can survive in Florida - and potentially thrive, said Kenneth Krysko, herpetology collections manager at the Florida Museum of Natural History.

In other words, there likely are more, the researchers said.

"The odds that the few of us who study Florida reptiles have found all of the Nile crocs out there is probably unlikely," said Mr Krysko, co-author of the study published in in the Journal of Herpetological Conservation and Biology.

"We know that they can survive in the Florida wilderness for numerous years, we know that they grow quickly here and we know their behaviour in their native range, and there is no reason to suggest that would change here in Florida," Mr Krysko noted.

The researchers do not know how the deadly crocodiles got introduced in Florida.

DNA analysis revealed the three similar-size Nile crocodiles were genetically identical, suggesting they were introduced via the same source, but Krysko said the source has not been confirmed.

The researchers, however, noted that over the last decade, large groups of Nile crocodiles have been imported from South Africa and Madagascar for display at places like Disney's Animal Kingdom and to supply Florida's flourishing pet trade, with the latter being the most likely introduction pathway.