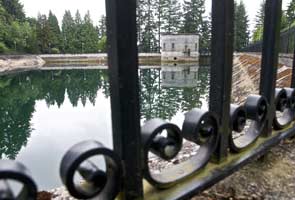 Portland (Oregon): Call it the big flush. Because a 21-year-old man was caught on a security camera urinating into a city reservoir, Oregon's biggest city is sending 8 million gallons of treated drinking water down the drain.

Public health officials say, however, that urine is sterile in healthy people and that the urine in the reservoir was so diluted perhaps a half pint in millions of gallons that it posed little risk.

Some people in the city, in the suburbs and around the world called the flush an overreaction, especially since animals such as ducks contribute waste routinely and, sometimes, die in the water.

Even so, Shaff said, the yuck factor was the primary reason for the decision to drain the 8 million gallons, at a cost of less than US $8,000 to treat it as sewage.

"Nobody wants to drink pee, and I don't want to deal with the 100 people who would be unhappy that I'm serving them pee in their water," he said. Shaff said the security cameras also showed something that's still unidentified was thrown in the water, heightening concern about potential risks.

City Commissioner Randy Leonard, who is in charge of the water bureau, defended the decision, citing a potential public health risk. He said he worried about the possibility of chlamydia or AIDS from blood in urine.

"I'm for taking the most conservative approach," he said.

The young man, Josh Seater, told KATU-TV he'd been drinking, was with friends and thought that the reservoir was a sewage treatment plant. He said he felt guilty instantly, and then security guards arrived.

Besides the sewage charge, Shaff said, the flushed water is worth US $28,000.