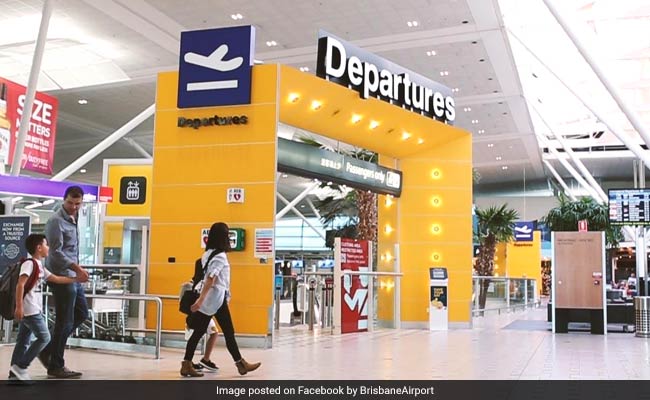 Brisbane Airport was evacuated after finding a "suspicious device"

One of Australia's busiest international airports was locked down after a man brandished a knife and made a bomb threat at a food court, prompting travellers to flee in panic, officials said Sunday.

Queensland state police said they evacuated Brisbane Airport's international terminal late Saturday after finding a "suspicious device" when they responded to reports of the 50-year-old man, who spoke Arabic, threatening a woman.

Terrorism was later ruled out as the cause and the man was charged with domestic violence offences, falsely claiming to destroy or damage an aviation facility, and making a hoax bomb threat.

The device was found to be "inert", but Queensland Police Commissioner Ian Stewart said its complex appearance "indicates just the extraordinary lengths that a person has gone to to create perception of risk, threat and fear".

The device looked like a small, black safe with wires sticking out of it, according to a photograph released by police.

The man, who was taken into custody by police, is due to face court on Monday. The terminal was reopened after two hours.

There have been growing fears of terror-linked attacks by radicals inspired by Islamic State and other groups, with a foiled effort to target an Etihad flight with a crude bomb in Sydney in 2017.