Maldives President Asks For Details Of Graft Under Pro-China Predecessors

Since Ibrahim Mohamed Solih beat Abdulla Yameen in a surprise election result last year his administration has been trying to determine the extent of Chinese loans used to fund a construction boom in the Maldives. 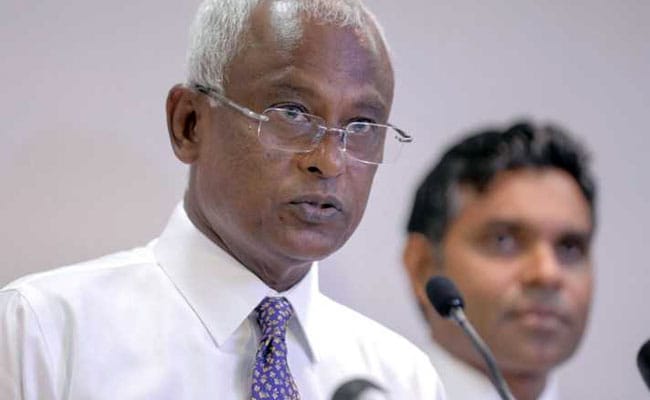 The president of the Maldives has appealed to citizens to furnish details of graft during the term of his pro-China predecessor and earlier, as the Indian Ocean island investigates deals worth billions of dollars given to Chinese firms.

Since Ibrahim Mohamed Solih beat Abdulla Yameen in a surprise election result last year his administration has been trying to determine the extent of Chinese loans used to fund a construction boom in the Maldives.

In a statement late on Tuesday, Solih's office asked the public to submit written complaints about "cases of corruption and abuse of power within state institutions", over a period of nearly six years from Jan. 1, 2012.

Critics have said contracts were given to Chinese companies at inflated prices, for example one relating to a bridge linking the capital Male to the main airport of the palm-fringed islands famous for their luxury diving resorts.

Yameen has denied any wrongdoing, saying he took on loans to accelerate economic development. The investigation also covers the final two years of the term of his predecessor, Mohammed Waheed, when the government took a $500-million Chinese loan for infrastructure and housing.

China has been building ports, highways and power stations as part of its giant Belt and Road Initiative to boost trade and transport links across Asia and beyond.

But some of its projects are being criticised for high costs, lack of transparency and expensive loans, stoking fears the arrangement could push small countries, such as the Maldives and Sri Lanka, into a debt trap.

(Except for the headline, this story has not been edited by NDTV staff and is published from a syndicated feed.)
Comments
MaldivesIbrahim Mohamed Solih