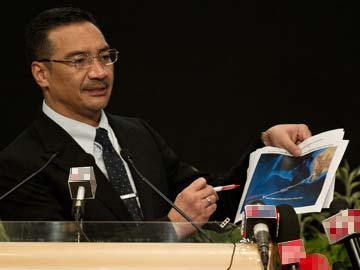 Kuala Lumpur: Malaysia's premier on Wednesday appointed a new transport minister to replace Hishammuddin Hussein, who took the lead during the search for missing flight MH370.

Hishammuddin, who is also defence minister, had provisionally held the transport portfolio after the post was left vacant following the last elections a year ago.

He led the nation's search for the Malaysia Airlines plane that vanished on March 8 with 239 people aboard.

Prime Minister Najib Razak said in a widely-expected announcement that Liow Tiong Lai, a former health minister and president of the Malaysian Chinese Association (MCA), would helm the transport ministry.

The post has usually been held by a representative of the ruling coalition's main Chinese party.

But MCA refused to accept any Cabinet posts last year after a poor electoral performance amid anger among ethnic Chinese and other minorities about perceived discrimination by the ethnic Malay-dominated coalition.

Najib's Barisan Nasional (National Front) coalition, which has ruled the country since 1957 independence, was reelected in May last year though it lost the popular vote for the first time.

MCA delegates reversed the decision not to accept posts earlier this year.

Besides Liow, two other ethnic Chinese politicians were also named ministers, and three others deputy ministers.

"These appointments reflect my desire to ensure that the make-up of the Cabinet, and the government, broadly reflects that of our nation," Najib said.

Flight MH370 went missing en route from Kuala Lumpur to Beijing. The Boeing 777 is believed to have veered far off course and crashed into the southern Indian Ocean.

But an extensive search in a remote stretch of ocean off western Australia has so far turned up no sign of any wreckage.

Angry relatives of those aboard have accused Malaysia's national carrier and the government of doing too little and hiding information over the missing plane.

The government has rejected such accusations, and Najib has supported Hishammuddin, his cousin, in his handling of the crisis.

Promoted
Listen to the latest songs, only on JioSaavn.com
Two-thirds of the Southeast Asian nation's 28 million people are Muslim ethnic Malays, but it has sizable ethnic Chinese and Indian minorities.

They have complained increasingly of discrimination under an affirmative action policy that gives greater business and education opportunities to ethnic Malays, as well as religious discrimination amid a rise in Islamisation.