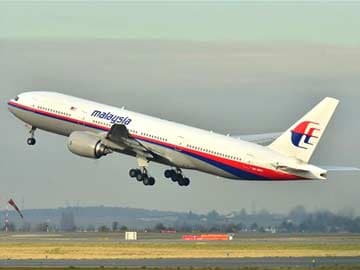 Kuala Lumpur, Malaysia: A Malaysian investigation into the missing flight 370 has concluded that one or more people with flying experience switched off communications devices and deliberately steered the airliner off-course, a Malaysian government official involved in the investigation said Saturday.

The official called the disappearance a hijacking, though he said no motive has been established and no demands have been made known. It's not yet clear where the plane ended up, said the official, who spoke on condition of anonymity because he was not authorized to brief the media.

The official said a deliberate takeover of the plane was no longer a theory. "It is conclusive," he said, indicating that investigators were ruling out mechanical failure or pilot error in the disappearance.

He said evidence that led to the conclusion were signs that the plane's communications were switched off deliberately, data about the flight path and indications the plane was steered in a way to avoid detection by radar.

The Boeing 777's communication with the ground was severed just under one hour into a Malaysia Airlines flight March 8 from Kuala Lumpur to Beijing. Malaysian officials previously have said radar data suggest it may have turned back toward and crossed over the Malaysian peninsula after setting out on a northeastern path toward the Chinese capital. (Radar suggests jet shifted path more than once)

Earlier, an American official told The Associated Press that investigators are examining the possibility of "human intervention" in the plane's disappearance, adding it may have been "an act of piracy." (Piracy theory gains more credence)

While other theories are still being examined, the U.S. official said key evidence suggesting human intervention is that contact with the Boeing 777's transponder stopped about a dozen minutes before a messaging system on the jet quit. Such a gap would be unlikely in the case of an in-flight catastrophe.

The Malaysian official said only a skilled aviator could navigate the plane the way it was flown after its last confirmed location over the South China Sea. The official said it had been established with a "more than 50 percent" degree of certainty that military radar had picked up the missing plane after it dropped off civilian radar. (Military data suggests 'skilled' flyer turned Malaysia Airlines jet)

Why anyone would want to do this is unclear. Malaysian authorities and others will be urgently investigating the backgrounds of the two pilots and 10 crew members, as well the 227 passengers on board.

Some experts have said that pilot suicide may be the most likely explanation for the disappearance, as was suspected in a SilkAir crash during a flight from Singapore to Jakarta in 1997 and an EgyptAir flight in 1999.

A massive international search effort began initially in the South China Sea where the plane's transponders stopped transmitting. It has since been expanded onto the other side of the Malay peninsula up into the Andaman Sea and into the Indian Ocean.

Scores of aircraft and ships from 12 countries are involved in the search.

The plane had enough fuel to fly for at least five hours after its last known location, meaning a vast swath of South and Southeast Asia would be within its reach. Investigators are analyzing radar and satellite data from around the region to try and pinpoint its final location, something that will be vital to hopes of finding the plane, and answering the mystery of what happened to it. (Whatcould have happened to Malaysia Airlines flight MH370?)

The USS Kidd arrived in the Strait of Malacca late Friday afternoon and will be searching in the Andaman Sea, and into the Bay of Bengal. It uses a using a "creeping-line" search method of following a pattern of equally spaced parallel lines in an effort to completely cover the area.

A P-8A Poseidon, the most advanced long range anti-submarine and anti-surface warfare aircraft in the world, will arrive Saturday and be sweeping the southern portion of the Bay of Bengal and the northern portion of the Indian Ocean. It has a nine-member crew and has advanced surveillance and reconnaissance capabilities, the department of defense said in a statement. (Indian search finds no trace of missing Malaysia Airlines plane)

Another U.S. official, who also spoke on condition of anonymity, said investigators looking for the plane have run out of clues except for a type of satellite data that has never been used before to find a missing plane, and is very inexact.

The data consists of attempts by an Inmarsat satellite to identify a broad area where the plane might be in case a messaging system aboard the plane should need to connect with the satellite, said the official. The official compared the location attempts, called a "handshake," to someone driving around with their cellphone not in use. As the phone from passes from the range of one cellphone tower to another, the towers note that the phone is in range in case messages need to be sent.

In the case of the Malaysian plane, there were successful attempts by the satellite to roughly locate the Boeing 777 about once an hour over four to five hours, the official said. "This is all brand new to us," the official said. "We've never had to use satellite handshaking as the best possible source of information."

The handshake does not transmit any data on the plane's altitude, airspeed or other information that might help in locating it, the official said. Instead, searchers are trying to use the handshakes to triangulate the general area of where the plane last was known to have been at the last satellite check, the official said.

"It is telling us the airplane was continuing to operate," the official said, plus enough information on location so that the satellite will know how many degrees to turn to adjust its antenna to pick up any messages from the plane.

The official confirmed prior reports that following the loss of contact with the plane's transponder, the plane turned west. A transponder emits signals that are picked up by radar providing a unique identifier for each plane along with altitude. Malaysian military radar continued to pick up the plane as a whole "paintskin" - a radar blip that has no unique identifier - until it traveled beyond the reach of radar, which is about 320 kilometers (200 miles) offshore, the official said.

Promoted
Listen to the latest songs, only on JioSaavn.com
The New York Times, quoting American officials and others familiar with the investigation, said radar signals recorded by the Malaysian military appear to show the airliner climbing to 45,000 feet (about 13,700 meters), higher than a Boeing 777's approved limit, soon after it disappeared from civilian radar, and making a sharp turn to the west. The radar track then shows the plane descending unevenly to an altitude of 23,000 feet (7,000 meters), below normal cruising levels, before rising again and flying northwest over the Strait of Malacca toward the Indian Ocean, the Times reported.