India on Monday announced that Australia will join the upcoming Malabar exercise which effectively means that all the four-member countries of the 'Quad' or Quadrilateral coalition will be participating in the mega drill. 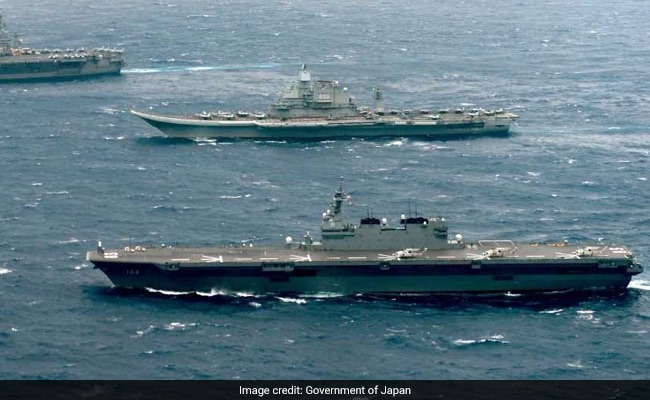 China today said it has "taken note" of India's announcement that Australia will join the annual Malabar naval exercises along with the US and Japan, underlining that military cooperation should be "conducive" to regional peace and stability.

India on Monday announced that Australia will join the upcoming Malabar exercise which effectively means that all the four-member countries of the 'Quad' or Quadrilateral coalition will be participating in the mega drill.

The US and Japan are the other countries that participate in the annual exercise, which is likely to take place next month in the Bay of Bengal and the Arabian Sea.

Commenting on the announcement, Foreign Ministry spokesman Zhao Lijian told a media briefing here that China has "taken note of this development."

"We always believe that military cooperation between countries should be conducive to regional peace and stability, he said in a brief reaction.

India's decision to heed to Australia's request to be part of the mega naval drill comes in the midst of growing strain in ties with China over the border row in eastern Ladakh.

China has been suspicious about the purpose of the Malabar exercise as it feels that the annual war game is an effort to contain its influence in the Indo-Pacific region.

For the last few years, Australia has been showing keen interest in joining the exercise.

The evolving situation in the Indo-Pacific in the wake of China's increasing military muscle flexing has become a major talking point among leading global powers. The US has been favouring making Quad a security architecture to check China's growing assertiveness in the strategic Indo-Pacific region.