Duc said he had sold more than 300 of his special edition shirts, the profits of which he said would go towards buying baguettes to distribute to poor people. 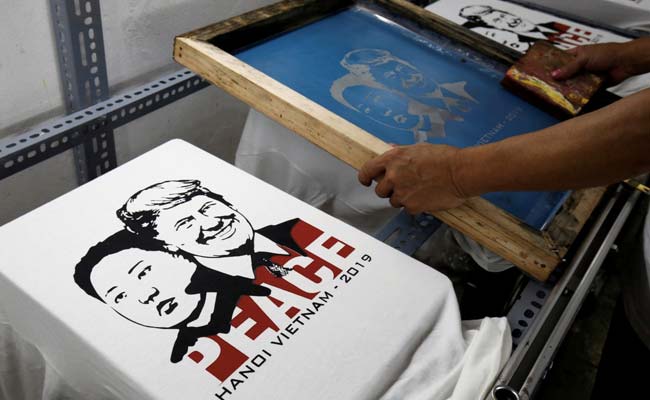 A T-shirt bearing the face of one of the world's most infamous dictators would normally be a tough sell, one would think.

But in summit-mad Hanoi, where streets are being spruced up and businesses from bars to barbers are cashing in on a summit next week between U.S. President Donald Trump and North Korean leader Kim Jong Un, anything sells.

"There's no need to talk about Trump as he's already a great man. Everybody knows that," said T-shirt designer Truong Thanh Duc. "But we should always encourage Kim Jong Un to give up his dictatorship for his people".

"That's why I put his image on the T-shirt".

Duc's shirts have attracted a curious crowd in Hanoi's Old Quarter, a bustling labyrinth of streets and market stalls popular with tourists.

Duc said he had sold more than 300 of his special edition shirts, the profits of which he said would go towards buying baguettes - which are popular in the former French colony - to distribute to poor people.

One of his shirts bears Kim's face, enlarged across the length of it. Another shows Trump and Kim together above the word "PEACE". 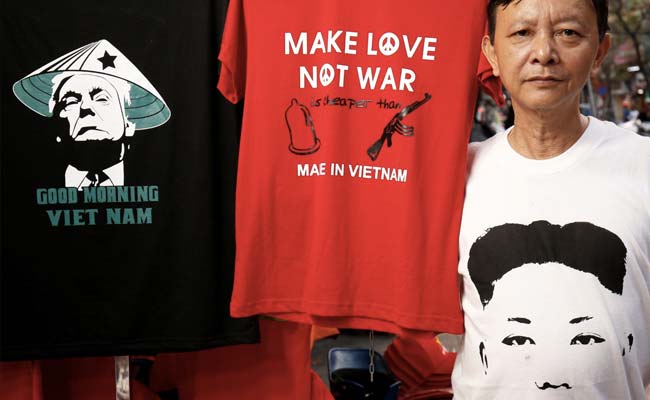 Duc is hopeful the summit can help promote reform.

"One is the leader of the most technologically advanced country in the world and the other leader, although a bit extreme, has realised his people are too poor and he wants his nation to develop".

Across the Vietnamese capital, preparations are well underway for the Feb. 27-28 summit. Parts of the city close to the expected venues have been tidied up or repainted.

Duc is hopeful the summit can help promote reform.

"Kim Jong Un is a dictator but now he has changed," said Duc.

"He has to give up that status to shake hands with the developed world".

Omicron Scare: How US, Australia, Japan Are Changing Strategy