The proposed draft law, announced in February by Sonia Chan, the enclave's mainland-China born justice secretary, has been completed, Macau's Legal Affairs Bureau said in an email to Reuters. 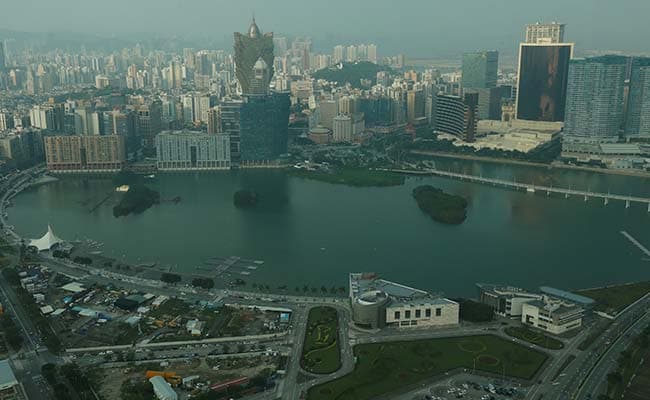 More than half of Macau's population of 650,000 immigrated from China in recent decades.

Macau: Macau has finished drafting a proposed new law barring foreign judges from hearing national security and defense cases, an unprecedented move that has heightened concerns over Beijing's grip over the gambling hub.

The proposed draft law, announced in February by Sonia Chan, the enclave's mainland-China born justice secretary, has been completed, Macau's Legal Affairs Bureau said in an email to Reuters.

A spokesman said the amendments were needed out of "consideration of major interests such as safeguarding the sovereignty, security and territorial integrity of the country".

Chan said in February that the amendments would help speed up trial proceedings.

She added that such cases should be exclusive to local judges, as they might involve confidential information about the nation and national defence.

The draft law is part of suggested amendments to Macau's Judicial Framework Law that was implemented in 1999 when the former Portuguese colony reverted to Chinese rule.

The government will submit the relevant legal proposals to the Legislative Council after internal procedures are completed, the spokesman added, without giving a timeframe.

Some Portuguese lawyers in Macau expressed alarm that the proposal violates Macau's mini-constitution, the Basic Law, and weakens judicial independence in the city, which is home to international gambling companies including Sands China and MGM China.

"This is totally ridiculous and a very dangerous step," said a legal source who declined to be identified given the sensitivity of the matter. "It is a real attempt on the autonomy of the judicial system."

While there haven't been many cases in Macau in recent years involving national defence or security, some said the proposal could be part of a broader move to phase out Portuguese-speaking legal practitioners from Macau.

The head of Macau's Lawyers Association, Jorge Neto Valente, called it "a bad solution to create a special body of judges for the trial of a specific type of crime," according to TDM, Macau's public broadcaster.

Macau, like the neighbouring financial hub of Hong Kong, is governed under a "one country, two systems" framework which allows for certain liberties not permitted on the mainland, such as a free press and an independent judiciary.

Both places allow foreign judges to rule in their judicial systems as part of the Basic Law.

There have been growing fears, however, that autonomy in Macau is being corroded at a faster pace than in the former British colony, where there is deeper opposition to Beijing's rule.

More than half of Macau's population of 650,000 immigrated from China in recent decades, which has helped foster a stronger affinity for the mainland than in Hong Kong, where most of the population was born locally.

A liberal lawmaker and government critic, Sulu Sou, is now facing charges of aggravated disobedience during a protest against Macau's leader, Fernando Chui.

Promoted
Listen to the latest songs, only on JioSaavn.com
Pedro Cortes, a senior partner with the law firm Rato, Ling, Lei & Cortes in Macau, said the proposal could get passed this year in the predominantly pro-establishment Legislative Assembly. "It is going to be easy to pass this type of legislation, whatever is the final version proposed," he said.
© Thomson Reuters 2018

(This story has not been edited by NDTV staff and is auto-generated from a syndicated feed.)
Comments
macau's legal affairsChinaBeijing