Lunar eclipse: Though the lunar eclipse won't be visible in India, you can watch a livestream of the event at these timings. 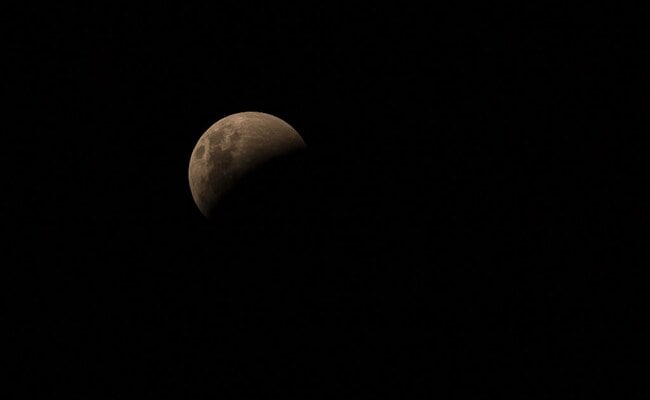 Lunar eclipse: The moon will appear larger than usual and will be considered a super moon.

Stargazers are witnessing the first lunar eclipse of 2022. While most of Europe is witnessing it before dawn on Monday, the Americas were able to see it Sunday night.

The Earth passes between the Sun and the Moon during the eclipse, and it will be a Super Blood Moon. The Moon will gradually darken before turning dusky red as it falls completely into the Earth's shadow.

As the Moon will be at its closest point to Earth in its orbit, it will appear larger than usual and will be considered a super moon.

In India, the eclipse began at 7.57 a.m. on Monday (10.27 p.m. ET on Sunday). Although the eclipse will not be visible in India, those interested can watch a livestream of the event on NASA. The livestream began at 8.33 a.m. IST on Monday.

You can watch it here:

The Sociedad Astronomica de Alava, a non-profit entity with an observatory, is also live-streaming the eclipse from the lava province in Spain's Basque Country.

You can watch it here:

There is also The Virtual Telescope Project -- a very powerful set of real, robotic telescopes that can be accessed remotely online -- that is live streaming the eclipse from Rome in Italy.

You can view the live stream below:

These apart, you can also watch the eclipse live on NASA Television and NASA.gov/live.

According to NASA, every stage of the lunar eclipse will be visible in the eastern half of the US and throughout South America. Much of Africa, Western Europe, Central, and South America, and the majority of North America will be able to see the totality.

This is the first of two lunar eclipses scheduled for 2022. The next one will take place on November 8, 2022, and will be visible from Asia, Australia, North America, parts of northern and eastern Europe, the Arctic, and the majority of South America.