L.A. - The City Of Traffic Jams - Finds A Way To Get People Out Of Their Cars

Just more than a year after it opened, a new light-rail line is hitting ridership targets it wasn't supposed to meet until 2030 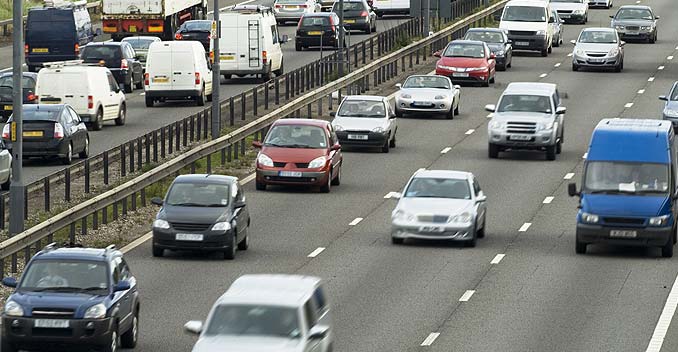 The infamous Los Angeles traffic has been mythologised in films and songs. (Representational)

Los Angeles, of all places, has taken a bold step forward on mass transit.

Few need reminding of the frequent traffic nightmares in L.A., whose soaring cloverleafs and endless traffic jams have been mythologized in film noir, fiction and song. "There are two modes of transport in Los Angeles: car and ambulance," author Fran Lebowitz said.

Just over a year ago, however, the City of Angels rewrote the script a bit when it partnered with Santa Monica to open the Expo Line, a light-rail train that carries riders from downtown L.A. to its neighboring city and its beaches.

The Expo Line runs parallel to Interstate 10, an infamous highway even for L.A., which has been ranked as having the worst traffic in the world. It's worse than Moscow, Bangkok, or Mexico City, according to a study by traffic data firm Inrix. It also takes a toll that goes beyond aggravation: in terms of lost productivity and wasted fuel, traffic jams cost the average Los Angeles driver an estimated $2,408 a year.

So you would think that Angelenos would gladly abandon their cars for mass transit to avoid another soul-sucking commute on "the 10" if they had the chance. But in car-crazed L.A. no one knew for sure.

Then, in May 2016, the Expo Line opened after decades of planning and controversy that threatened to scuttle the project. The $2.43-billion light-rail line - built in two phases and funded substantially by a voter-approved sales tax increase - now travels the 15 miles from Metro Center in downtown L.A. to Santa Monica in about 45 minutes. Trains leave every six to 12 minutes, depending on the time of day. The light-rail line - which is named for Exposition Boulevard, along which it runs - makes 17 stops at destinations such as Culver City, the University of Southern California, La Brea, and Santa Monica College.

The Expo Line -with its cheerful black and yellow cars resembling giant bumble bees - received rave reviews from the start, and recent ridership data attests that its popularity is more than novelty. As of June, estimated ridership on the Expo Line increased 40 percent, from 45,876 passengers last year to more than 64,000 this year - a target it wasn't expected to reach until 2030, the Santa Monica Lookout reports.

Surveys also show that many of its riders have switched from cars to mass transit. Nearly 70 percent had not been regular users of mass transit before the line opened, according to a survey by Metro, the city's transportation agency. Of those new riders, more than half had made the trip previously by automobile, either driving alone or, in smaller numbers, carpooling. About 6 percent said that before the Expo Line, they would have taken a taxi or used a ride-hailing app such as Uber or Lyft. If anything, the Expo Line is almost suffering from too much success: riders already gripe about overcrowding during peak travel times.

Michael Feinstein, who was mayor of Santa Monica during the period when much of the Expo Line was deliberated and decided, said the new mass transit link has made travel easier in the region, as he found during a recent trip for a public hearing at City Hall in Los Angeles.

"In the past, it was a real schlep to attend hearings there," said Feinstein, who also served on the Santa Monica City Council. "But now, riding the train - and taking my bike with me - makes it a lot easier. I used my transit time on board to review my notes and prepare my testimony. Then, after the train's last stop, I got on my bike to ride the last several blocks to City Hall. Piece of cake."

The Expo's opening also has provided many Angelenos a way to get to Santa Monica's beaches that hadn't been available since the demise of the Pacific Electric Red Car Line in the 1950s. The Expo Line is jammed on weekends with surfers (yes, surf boards are allowed on trains), bicyclists (bikes, too) and other beachgoers.

Football fans also are taking advantage of the new transportation link. About 10,000 Los Angeles Rams fans - or upwards of 11 percent of the home crowd -now take the Expo Line to the L.A. Coliseum, The Los Angeles Daily News reports. The line, with two stops near the venue, is not just convenient but cheap: $2.50 per ride, compared with absurdly expensive parking fees of as much as $100 per vehicle.

In light of the success the system's enjoyed so far, it's worth noting that the project met a lot of resistance since city planners began pushing for it in the late 1980s. Cost concerns plagued the project, and there was the usual resistance from many Americans who haven't embraced mass transit the way people in other countries have. At times, the Expo Line also stirred tensions over race, class and turf.

Feinstein said he recalls attending a raucous public forum on the Expo Line during the initial planning where opponents often shouted down the executive director of the Los Angeles County Transportation Commission as he spoke on its behalf. Only the need to find alternatives to the bumper-to-bumper commute on the I-10 kept the project going.

Today, the Expo Line - along with other mass transit improvements such as the Gold Line and a planned light-rail link to Los Angeles International Airport- has become the foundation of an improved regional system of transportation. Thousands of riders are finding shorter commutes. And more plans to expand mass transit are in the works in preparation for the 2028 Olympics.

But the Expo Line also shows the downside of relying too much on light rail for trips across a sprawling metropolis such as Los Angeles. Light rail is cheaper - and therefore easier to get built, especially in the United States - but it's also slower, often competing with cars on city streets and at traffic stops. Yet, most of Los Angeles' regional transportation will depend on slower, cheaper light rail instead of heavy rail.

Joe Mathews, a former reporter for the Los Angeles Times and author of "California Crackup: How Reform Broke the Golden State and How We Can Fix It," recounted his frustrations after a 25-mile commute aboard the new light-rail lines from Pasadena to Santa Monica took him 2.5 hours to complete, one way.

"In that same time, I could have flown to Las Vegas, played the airport slots, and flown home, jackpot in hand," Mathews wrote.

In other cities such as Berlin, where I've been spending a lot of time lately, the deep public support for mass transit has resulted in a comprehensive network of heavy- and light-rail train lines that transport people the length and breadth of the city in the most efficient and economical way.

Still, the Expo Line is a start. It's doing what mass transit is supposed to do: getting people out of their cars and off crammed highways into an alternative that's both economical and environmentally friendly - and in Los Angeles, of all places.
---

Steven Hill is a freelance journalist and former senior fellow with the New America Foundation.