"This Isn't A Small Hitch": London's New Train Line Delayed For A Year

The Elizabeth Line, 10 years in the making and set to add 10 percent to central London's rail capacity, will now open in the third quarter of 2019 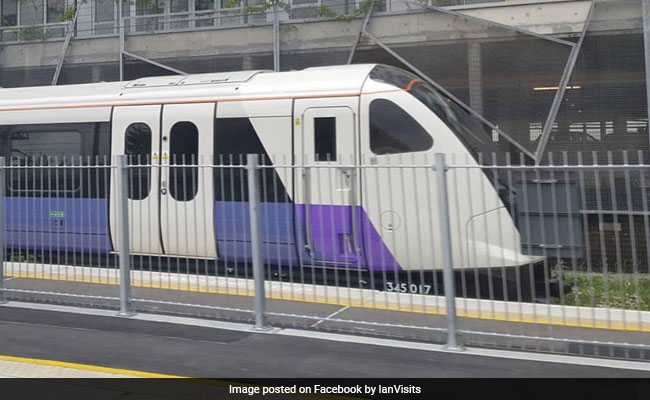 The 73-mile east-west railway line, will bring an extra 1.5 million people to within 45 minutes.

London's new Crossrail train line, the biggest infrastructure project in Europe which was set to operate through the capital's heart from December, has been postponed until late 2019, its chief executive said Friday.

The Elizabeth Line, decades in the planning and making, and set to add 10 percent to central London's creaking rail capacity, will now open in the third quarter of 2019, Crossrail boss Simon Wright announced.

"We have made huge progress with the delivery of this incredible project but we need further time to complete the testing of the new railway," he said in a statement.

It will bring an extra 1.5 million people to within 45 minutes of central London and more than 200 million passengers are expected to use it every year.

"The revised schedule is needed to complete the final infrastructure and extensive testing required to ensure the Elizabeth Line opens as a safe and reliable railway," according to Crossrail.

It said the original timetable for testing had been reduced due to contractors needing more time to complete work in the central tunnels and develop software.

"Construction activity is drawing to a close including the completion of the remaining architectural fit-out in the new central section stations."

The trains -- double the length of regular London Underground trains -- will stop at 41 stations, 10 of which are newly-built.

Overground parts of the line in the suburbs are already operating -- but the main underground city centre section will not now open until autumn next year.

'Big blow' ahead of Brexit

"This isn't just a small hitch -- it is a humiliation and it will lead to big questions," wrote the London Evening Standard newspaper's associate editor Julian Glover, who has followed the project from the start.

"This is a big blow to a city already fearing the consequences of Brexit next year.

"There will be fury not just at the delay but at the lack of warning. It will take a lot to rebuild trust."

Named after Queen Elizabeth II, the line will appear in purple on the famous London Underground train map.

The government believes it will add up to &#163;42 billion to the UK economy.

Former transport minister Andrew Adonis of the main opposition Labour Party said on Twitter: "This is huge story and smuggling it out on last Friday of August a classic ruse."

A rare medallion of Roman emperor Philip I from the year 245, only the second example ever found in Europe, was among the treasures found.