Airlines at Britain's busiest airport have already responded to a government appeal to cut capacity but Heathrow said it needed them to go further. 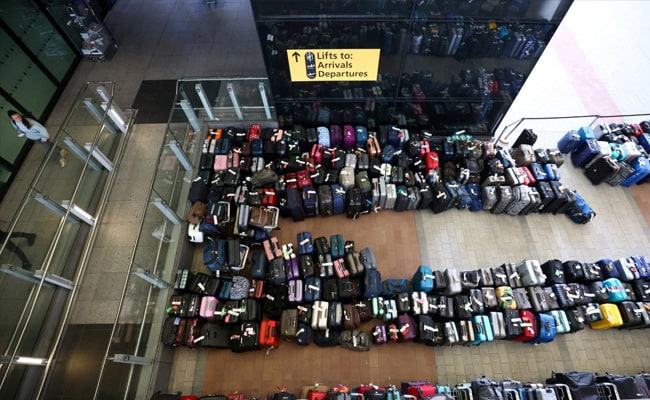 Lines of passenger luggage lie arranged outside Terminal 2 at Heathrow Airport in London.

London's Heathrow said it would cap the number of departing passengers at 100,000 a day this summer to try to limit traveller disruption as it struggles to cope with a rebound in demand.

Airlines at Britain's busiest airport have already responded to a government appeal to cut capacity but Heathrow said it needed them to go further.

It said airlines, baggage handlers and the airport could collectively serve 100,000 departing passengers, a number that had regularly been exceeded in recent weeks resulting in unacceptable levels of service.

"Some airlines have taken significant action, but others have not, and we believe that further action is needed now to ensure passengers have a safe and reliable journey," Heathrow CEO John Holland-Kaye said in a open letter to passengers on Tuesday.

"We have therefore made the difficult decision to introduce a capacity cap with effect from 12 July to 11 September."

"We recognise that this will mean some summer journeys will either be moved to another day, another airport or be cancelled and we apologise to those whose travel plans are affected," he added.

Holland-Kaye said forecasts indicated that even despite the amnesty, daily departing seats over the summer would average 104,000, 4,000 above its cap.

It said on average about 1,500 of these 4,000 daily seats had currently been sold to passengers, and it was asking airlines partners to stop selling summer tickets to limit the impact on passengers.