A 27-year-old British citizen born in Pakistan, Butt was shot dead by police along with his two accomplices. 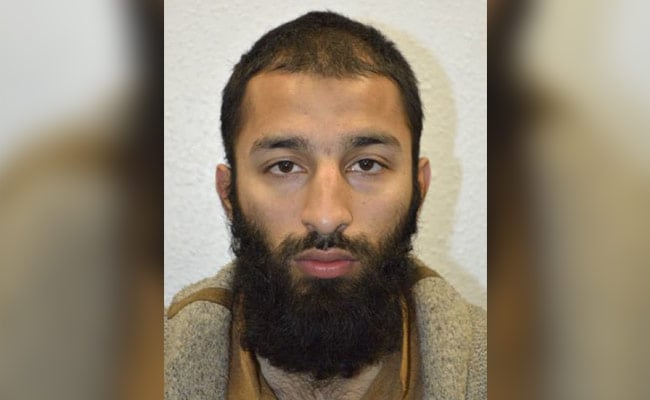 London: Khuram Shazad Butt, named Monday as one of the three London attackers, was known to Britain's MI5 intelligence service and even featured in a documentary entitled "The Jihadis Next Door". Butt had sparked alarm for his extremist views and allegedly had links to a jailed radical preacher, yet neighbours at what was reportedly his home in Barking, east London, remembered a friendly family man.

A 27-year-old British citizen born in Pakistan, Butt was shot dead by police along with his two accomplices after killing seven people and leaving dozens wounded on Saturday night.

Butt had worked for the London Underground for six months last year as a trainee customer services assistant, Transport for London told the BBC.

British media said he had also worked at the fast food chain KFC and was a keen football fan.

But he appeared in a Channel 4 documentary entitled "The Jihadis Next Door" about British extremists that was broadcast last year, according to local media.

And his extremist views had reportedly prompted numerous people to go to the authorities.

They include a teenager who went to the same gym as Butt who said he was approached to join the ISIS, and a woman who told police she feared he was trying to radicalise children, The Times said.

Mohammed Shafiq, head of the Ramadhan Foundation think tank, said he was verbally abused by Butt in 2013 outside the British parliament.

He said Butt had called him a traitor in Arabic and accused him of being a government stooge.

Shafiq said Butt was at the time with radical preacher Anjem Choudary, the former head of a now-banned group called al-Muhajiroun.

Choudary was jailed for five-and-a-half years in September for encouraging support for IS jihadists.

Among those radicalised by Muhajiroun were the suicide bombers who killed 52 people on London's public transport system in July 2005, and the men who murdered soldier Lee Rigby in the capital in 2013.

"I am not surprised that Khuram Butt carried out the terrorist attack and there are serious questions for the authorities," Shafiq said.

'He used to be friendly'

But neighbours in east London described the suspected assailant as an affable father-of-two.

"We saw him many, many times around here," said Salahudeen, a 40-year-old driving instructor.

"He used to be friendly but suddenly... he wasn't acting as normal. He wasn't aggressive; he used to chat but lately he was just 'hi' and 'bye'," he told AFP.

Salahudeen said the man had two children -- a baby girl and a boy who used to be taken to the park by his father to play football.

Michael Mimbo, 25, said the suspected attacker was nicknamed "Abz" at the local gym.

Police on Monday also named 30-year-old Rachid Redouane as one of Butt's accomplices but did not give any details about the third attacker.

Redouane claimed to be Moroccan and Libyan and also used the name Rachid Elkhdar, police said.

RTE said he had married a British woman in Ireland in 2011 before moving to Britain. The police suspect his wife is currently in custody in Britain, it said.

Promoted
Listen to the latest songs, only on JioSaavn.com
The Guardian reported that he was a pastry chef.