President Trump in his tweet said, "We need the Travel Ban as an extra level of safety."

Washington: United States President Donald Trump offered US help to Britain in response to reports of three violent incidents including a vehicle mowing down pedestrians on London Bridge. "Whatever the United States can do to help out in London and the U. K., we will be there - WE ARE WITH YOU. GOD BLESS!," Trump wrote on Twitter.

Earlier, with the situation in London still fluid, Trump seized the occasion to plug his thwarted travel ban on people from six mainly Muslim countries.

The Justice Department on Thursday went to the Supreme Court to ask that it be reinstated immediately after it has been held up repeatedly in lower courts.

Without mentioning the London events specifically, Trump tweeted: "We need to be smart, vigilant and tough. We need the courts to give us back our rights. We need the Travel Ban as an extra level of safety!"

Trump has been briefed by his national security team on the London Bridge incident, his spokesman Sean Spicer wrote earlier on Twitter. 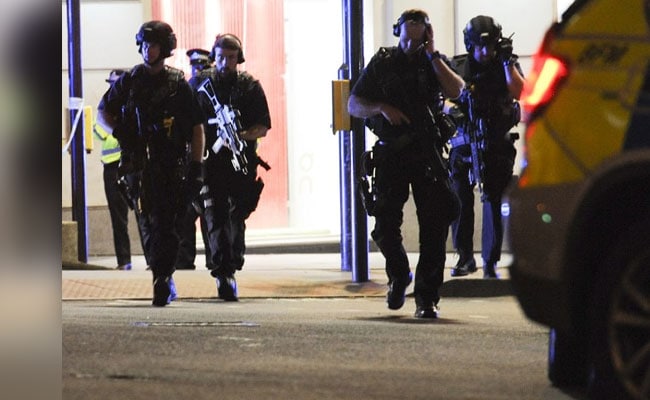 The incidents took place on London Bridge and in nearby Borough Market.
The State Department issued a statement condemning what it called "cowardly attacks targeting innocent civilians."

"We understand UK police are currently treating these as terrorist incidents. The United States stands ready to provide any assistance authorities in the United Kingdom may request," the statement said.

"All Americans stand in solidarity with the people of the United Kingdom."


(Except for the headline, this story has not been edited by NDTV staff and is published from a syndicated feed.)
Comments
London AttacksLondon Bridgepresident donald trumpSean Spicer