Lodi Gyari, Dalai Lama's Voice In China And US, Dies Of Cancer

The International Campaign for Tibet, which Gyari once headed, said he died Monday in San Francisco after a battle with hepatocellular carcinoma, a type of liver cancer. 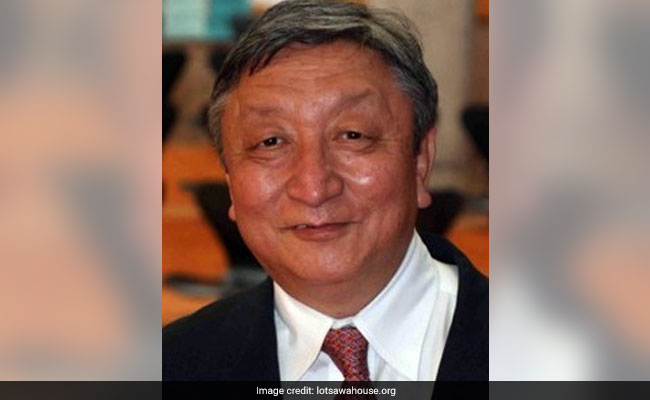 Lodi Gyari, the Dalai Lama's right-hand diplomat who helped build the Tibetan leader's clout in Washington but came away empty from years of talks with China, has died, colleagues said. He was 69.

The International Campaign for Tibet, which Gyari once headed, said he died Monday in San Francisco after a battle with hepatocellular carcinoma, a type of liver cancer.

A jovial former journalist whose eloquent English complemented the sometimes humorously fragmented speech of the Dalai Lama, Gyari was effectively a foreign minister for the Tibetan spiritual leader. Basing himself in the United States, Gyari became a driving force in building the broad, bipartisan support for the Tibetan cause in Washington.

When China in 2002 reached out to negotiate with the Dalai Lama, Gyari headed a delegation that visited Beijing, the Tibetan capital Lhasa and other largely Tibetan areas.

The visit was initially seen as a breakthrough that could open a way for reconciliation between China and the Dalai Lama, who fled Tibet for exile in India in 1959 during an abortive uprising against Beijing's rule.

But after nine rounds of dialogue running through 2010, Gyari became increasingly discouraged, with China adamantly opposed to the Dalai Lama's proposals for greater Tibetan autonomy and cultural rights.

Many analysts believed that Beijing was intentionally dragging on pointless talks, believing that international pressure over Tibet would end with the passing of the Dalai Lama, a Nobel Peace Prize winner who enjoys rapturous crowds around the world. He is now 83.

Gyari and a fellow envoy resigned in 2012, citing frustration over negotiating with China and a deteriorating human rights situation in Tibet. The move also came as the Dalai Lama handed over his political duties to an elected government-in-exile.

Lobsang Sangay, the president of the government-in-exile, in a statement said that Gyari "dedicated his entire life serving Tibet and the Tibetan people."

"Lodi's legacy is ours to continue through action and advocacy," she said.

"As friends of Tibet, we stand united with Tibetans in their journey to win the freedom to teach their culture and their religion to their children in their own language," she said, adding: "The situation in Tibet is a challenge to the conscience of the world."

Gyari worked with Congress as it passed the 2002 Tibetan Policy Act, which required the United States to support Tibetans both in and out of exile in safeguarding their "distinct" culture and created a State Department special coordinator on Tibet, although the position has been vacant under President Donald Trump.

Born in eastern Tibet, Gyari was identified as an incarnate lama and devoted himself to monastic study. But he became involved in a young age in the fight against Chinese rule and was selected as a translator for Tibetans who trained with the CIA through the 1960s.

He instead used his language skills as the editor of the first Tibetan-run English-language newspaper. Seeking to increase advocacy among Tibetans born in exile, he co-founded the Tibetan Youth Congress, which has become one of the most influential pressure groups and advocates independence for Tibet, beyond the pacifist Dalai Lama's "Middle Path" of seeking autonomy within China.