Lockheed Martin's sale of its High-Altitude Area Defense system remains under negotiation a year after it was initially approved by Congress. 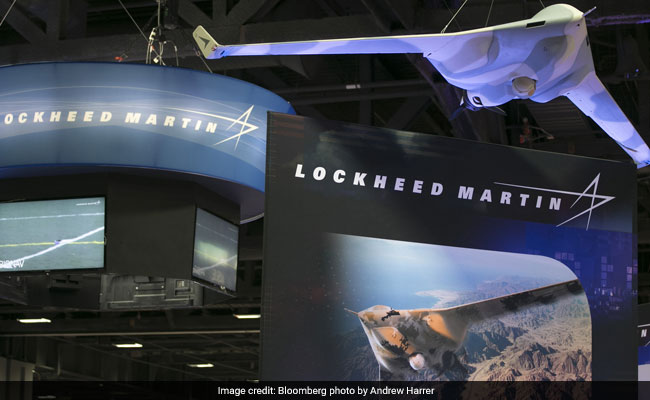 Lockheed Martin's potential $15 billion sale to Saudi Arabia of its Thaad air-defense system may be the unfinished deal most vulnerable to growing congressional demands to stop providing arms to the desert kingdom after the killing of critic Jamal Khashoggi.

It also underscores that the $110 billion package of arms sales that President Donald Trump announced on his visit to the Gulf nation last year -- and has vowed to protect despite Khashoggi's death -- was always aspirational at best.

"That number is not analytically helpful, that number is politically helpful," said Jon Alterman, director of the Middle East program at the Center for Strategic and International Studies in Washington. "It's not close to $110 billion in hardware, and it doesn't go this year or next year."

The pending Saudi deals for arms, logistics and training includes sales started during President Barack Obama's administration. Only $14.5 billion of that involves signed "letters of offer and acceptance" that spell out final terms and prices, according to the Pentagon.

The sale of Lockheed's Terminal High-Altitude Area Defense system remains under negotiation a year after it was initially approved by Congress. U.S. officials and congressional aides said that although Congress approved the potential Thaad sale early last November, the letter of offer and acceptance agreed to in February hasn't yet been signed and remains under negotiations.

Bruce Tanner, chief financial officer for Lockheed, the biggest U.S. defense contractor, told analysts on the company's quarterly earnings call Tuesday that the Thaad deal with the Saudis is "the largest order we've been waiting on" that "has not taken place yet." He said the Bethesda, Maryland-based company is "not sure when that will take place."

In any case, Tanner said, "we would not have significant sales in the near-term" in part because he understood the Thaad system for Saudi Arabia wouldn't possess an initial combat capability until 2023.

Now the Thaad sale may be caught up in the growing congressional backlash against the Saudis -- and especially Crown Prince Mohammed bin Salman for his suspected responsibility in the death of journalist Khashoggi inside his country's consulate in Istanbul.

The sentiment was reflected in a bipartisan bill introduced Tuesday by Democratic Rep. James McGovern to immediately stop all military sales to Saudi Arabia, an even tougher approach than the bill he proposed just last week to tie such deals to a U.S. determination of the Saudi government's role in the killing.

"With the murder of Jamal Khashoggi, it's time for the United States to halt all weapons sales and military aid to Saudi Arabia," the Massachusetts lawmaker said in a statement.

Trump told reporters Tuesday that "in terms of what we ultimately do I'm going to leave it very much -- in conjunction with me -- up to Congress" although he continued to say it would be "foolish" to impede arms deals or investment flows.

Although the McGovern legislation would cover all arms transfers, "militarily, denying or delaying Thaad to the Saudis seems to be counterproductive," David Des Roches, associate professor at the Near East South Asia Center for Strategic Studies at the National Defense University, said in an email.

"This is a defensive weapons system which is in no way implicated in any human rights violation, and will form the bedrock of the Saudi air defenses for at least two generations to come," he said. "If this sale is denied or delayed, the Saudis can be expected to question the relationship and seek alternate suppliers -- most probably the Russian S-400," he said of Russia's most advanced air defense system.

The U.S. has voiced strong opposition to plans by NATO ally Turkey -- Saudi Arabia's prime accuser in the Khashoggi case -- to buy the Russian weapon.

But Richard Grimmett, a former arms sales analyst for the Congressional Research Service, said in an email that "blocking sales of items not yet contracted for" would be the least disruptive action. "That would argue for using Thaad as a vehicle for sending a signal of U.S. displeasure with the Saudis."

The proposed package includes a $3.5 billion discount that the Saudis won from the Pentagon in 2016, under the Obama administration. The price break was approved after the Saudis contended the sale could be lost without it. It came in the form of two waivers from a U.S. law requiring foreign purchasers of American weapons to pay part of the Defense Department's costs in developing them.

But a year later, even with the discount, the Thaad sale lingers, unfinished.

"It's not clear that the Saudis have ever been serious about Thaad. They have been considering it for years," Bruce Riedel, senior fellow at the Brookings Institution, a CIA veteran and Middle East adviser on the National Security Council, said in an email.

"The United States has much more leverage than Saudi Arabia," he said. "Without American support the Saudi military would be inoperative. If Washington wants answers from Riyadh" about Khashoggi's death, "squeeze the spare parts and maintenance lifeline," he said.