There are reports of fresh firing during car chase northeast of Paris. This comes after 12 people were killed in a deadly attack at French satirical magazine Charlie Hebdo.
Nov 15, 2015 14:59 (IST) President Barack Obama will consult about the Paris terrorist attacks with world leaders in Turkey this weekend as the annual gathering of presidents and prime ministers from the world's largest economies there is poised to become an urgent summit meeting on confronting extremism.
Nov 15, 2015 13:33 (IST)
Six family members of named Paris attacker arrested, says Judicial source: Agence France-Presse
Nov 15, 2015 13:23 (IST)
Paris attacks investigation: What we know so far #UPDATE We are not at war with Islam, but with violent extremists: Hillary Clinton https://t.co/fXxkvFczmw

Jan 16, 2015 18:36 (IST)
AFP: French Research and Intervention Brigades (BRI) officers prepare near the post office (Background, yellow sign) where an armed man holed up with two hostages, on January 16, 2015 in Colombes, outside Paris, though there is no known link with last week's jihadist attacks. Paris Gunman 'Likely' Killed Hostages at Start of Siege: Prosecutor
The four people killed Friday at a Jewish supermarket in Paris were "likely" killed by the gunman at the start of the hostage-taking, the prosecutor leading the investigation said.
Jan 10, 2015 05:46 (IST)

Al-Qaeda Member in Yemen Says Group Directed Paris Attack
Al-Qaeda in the Arabian Peninsula directed the attack against the French satirical magazine Charlie Hebdo in Paris "as revenge for the honor" of Islam's Prophet Muhammad, a member of the group told The Associated Press on Friday.
Jan 10, 2015 02:28 (IST)

BREAKING: Member of al-Qaida's branch in Yemen says the group directed the attack on French magazine.

"I want the people of France to know that the United States stands with you." -President Obama

"We stand for freedom, hope, and the dignity of all human beings and that's what the city of Paris represents to the world" -President Obama

"We stand for freedom, hope, and the dignity of all human beings and that's what the city of Paris represents to the world" -President Obama

VIDEO: Gunshots ring outside Paris market in which police say at least four people have died in hostage situation: http://t.co/axhnFy4JaJ

Charlie Hebdo Suspects Dead, Hostage Freed: Police Official
A police official on the scene of the standoff between two armed brothers suspected in the massacre at the Charlie Hebdo newsroom says the suspects are dead, and their hostage has been freed.
Jan 09, 2015 22:25 (IST)

PARIS (AP) -- Explosions and gunshots rang out and smoke rose outside a building where two brothers suspected in a newspaper massacre are holed up with a hostage.

Security forces had surrounded the building for most of the day Friday, cornering the suspects in the killings at the Charlie Hebdo newspaper in Paris this week.

BREAKING: Gunshots heard at printing plant northeast of Paris where 2 brothers have taken a hostage.

Muslims pray for the Friday prayer next to a sign reading #JeSuisCharlie in Saint-Etienne,France. By @JpKphotographerpic.twitter.com/irukD1LedH

French Police Seal Off Town As They Close in on Newspaper Killing Suspects
French anti-terrorist police sealed off a small northern town and helicopters hovered overhead after a police source said two men believed to have carried out an attack on a satirical journal took at least one person hostage in a small print works.
Jan 09, 2015 20:16 (IST)

Multiple Hostages at Paris Grocery Store: 10 Latest Developments
Two people were reportedly killed and at least five people were taken hostage at a kosher supermarket in eastern Paris on Friday after a shootout involving a man armed with two guns.
Jan 09, 2015 20:15 (IST)

'I Shook His Hand': French Salesman on Run-In with Massacre Suspect
For Didier the salesman, a humdrum meeting with a client at a printing business outside of Paris on Friday turned into a run-in with France's most wanted men as he "shook hands" with one of the magazine massacre suspects.
Jan 09, 2015 20:15 (IST)

French Terror Suspects in Phone Contact, Want 'Martyr' Death
French security forces struggled with two rapidly developing hostage-taking situations Friday, one northeast of Paris where two terror suspects were holed up with a hostage in a printing plant and the other an attack on a kosher market in Paris.
Jan 09, 2015 20:12 (IST)

French Police Release Mugshots of Man and Woman Linked to Policewoman Killing
French police released mugshots of a man and woman wanted over the killing of a policewoman on Thursday, who are now thought to be holed up with hostages in an east Paris kosher grocery.
Jan 09, 2015 19:53 (IST)

#PHOTO These police images show Hayat Boumeddiene (L) and Amedy Coulibaly (R), suspects in the death of a policewoman pic.twitter.com/qZXyEXlqnv

Police have released photos of a man and a woman wanted in connection with the fatal shooting Thursday at Montrouge.

The pair, named as Amedy Coulibaly, 32, and Hayat Boumeddiene, 26, are "likely armed and dangerous", police say.

A heavily armed man, killed a policewoman Thursday in Montrouge, south of Paris and a council employee was injured in the attack.

The gunman in the latest hostage-taking in Vincennes is suspected of being the same man who killed the policewoman, according to a source.
Jan 09, 2015 19:08 (IST)

A police officer stands on the roof of a building where a hostage-taking is underway. Photo Dominique Faget #AFPpic.twitter.com/Ofxz6n4lDi

Lead on NDTV.com: Charlie Hebdo Attack - Suspects Holding At Least One Hostage
Two brothers suspected of slaughtering 12 people in an unprecedented jihadist attack in France held at least one person hostage on Friday as police cornered the gunmen northeast of the capital.
Jan 09, 2015 15:22 (IST)
Police officer block the access to Dammartin-en-Goele, northeast of Paris, on Friday. French security forces swarmed this small industrial town in an operation to capture a pair of heavily armed suspects in the deadly storming of a satirical newspaper. (AP Photo) 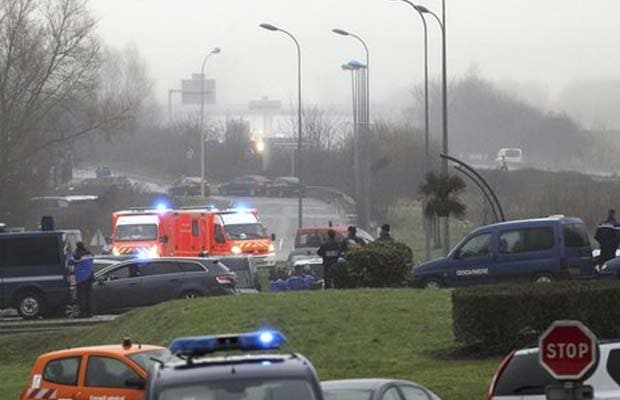 #BREAKING France 'at war' with terrorism, not religion: prime minister Air France has aborted landings as the airport is close to the area where shootout is taking place, reports Sky News.
Jan 09, 2015 14:53 (IST)
France 24 reports: Total 1000 officers involved in the operation, which includes special forces and heavy militarised officers. The channel also reports that the policemen on ground are waiting for President Francois Hollande to give order to go in into the hostage building.

Jan 09, 2015 14:51 (IST)
Local media reports that residents in Dammartin-en-Goele have been asked by the police to stay indoors and away from windows. Reports also say that one hostage taken and ambulances are seen arriving on location.
Jan 09, 2015 14:47 (IST)
JUST IN:

News channel France 24 reports that one person has been killed and several injured in the ongoing operation.
Jan 09, 2015 14:44 (IST) 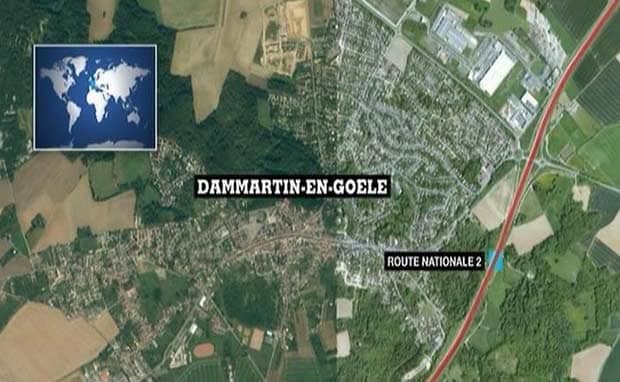 Jan 09, 2015 14:39 (IST)
Helicopters are hovering over a building in an industrial zone of Dammartin en Goele, northeast of Paris. France 24 reports that 2 men are holding one man under hostage; the area has been guarded off. The channel also say two people have been injured. Jan 09, 2015 14:29 (IST)
A hostage-taking was underway Friday at a business north-east of Paris after police hunting the Islamist brothers who killed 12 people earlier this week exchanged fire with two men during a car chase, security sources said. (Read story) 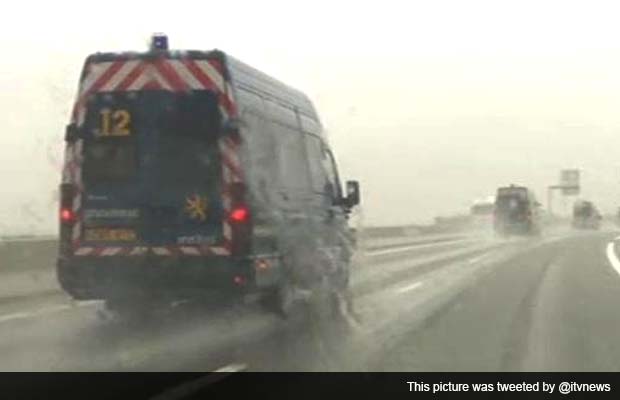 The two missing suspects in the massacre at Charlie Hebdo's Paris office have stolen a car and are on the move again, according to an unnamed security official quoted by the Associated Press.
Jan 09, 2015 14:02 (IST)

Blog: In France, Muslims Fear Backlash
In the street leading to the Charlie Hebdo headquarters in Paris, people trickle in steadily to pay tributes. The mound of flowers grows against the barricade put up by the police to block the scene of crime on Wednesday, 12 people were shot dead in an attack on the office of the satirical magazine by three armed men wearing black masks and hoodies.
Jan 09, 2015 14:01 (IST)

Manhunt in France for Charlie Hebdo Attack Suspects Continues
As France mourned its dead, thousands of police were mobilized Thursday in an extensive manhunt for two brothers suspected of killing 12 people, including two police officers, at a satirical magazine.
Jan 09, 2015 14:00 (IST)

Paris Suspect Trained With Al Qaida, Official Says
One of the two brothers suspected of killing 12 people at a satirical newspaper in Paris traveled to Yemen in 2011 and received terrorist training from Al Qaeda's affiliate there before returning to France, a senior U.S. official said Thursday.
Jan 09, 2015 06:42 (IST)

Armed Gendarmes Swoop on Villages in Hunt for Charlie Hebdo Attackers
A day after the Paris attack, officers carried out house-to-house searches in the village of Corcy, a few miles from a service station where police sources said the brothers were sighted in ski masks.
Jan 09, 2015 04:41 (IST)

Charlie Hebdo Suspect Well-Known to Anti-Terror Police
He has a long history of jihadist ties and links to a key Islamic State militant, yet Charlie Hebdo suspect Cherif Kouachi still managed to slip under the radar of French intelligence.
Jan 09, 2015 03:14 (IST)

France to Host International 'Anti-Terrorism' Meeting
France's Interior Minister Bernard Cazeneuve said he would host an international meeting on Sunday for his counterparts from the United States and Europe to discuss the battle against terrorism in the wake of the Paris magazine massacre.
Jan 08, 2015 22:56 (IST)

Former CIA Chief Calls Paris Attack 'High End' of Terrorism
Former CIA Director Michael Hayden says the deadly attack on a French satirical newspaper demonstrates "the increased sophistication" of groups bent on terrorism.
Jan 08, 2015 20:12 (IST)
France has launched a massive manhunt after the two suspects of the Charlie Hebdo attack were on the run. Local media sources say that the 'heavily armed and dangerous' brothers Cherif and Said Kouachi were spotted in North France and may be heading to Paris. 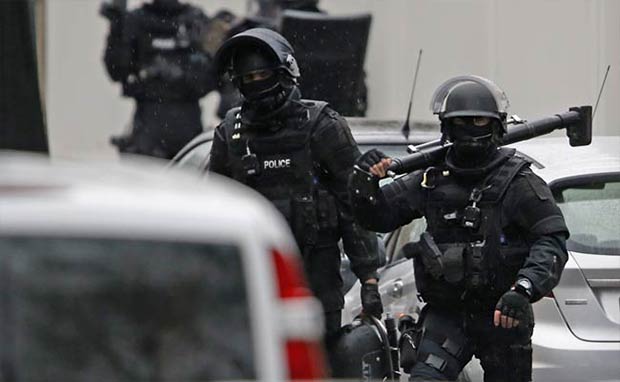 Jan 08, 2015 17:50 (IST)
Two missing suspects who gunned down 12 people at the Charlie Hebdo headquarters on Wednesday, spotted at a gas station in North France, could be headed to Paris, say local media sources. 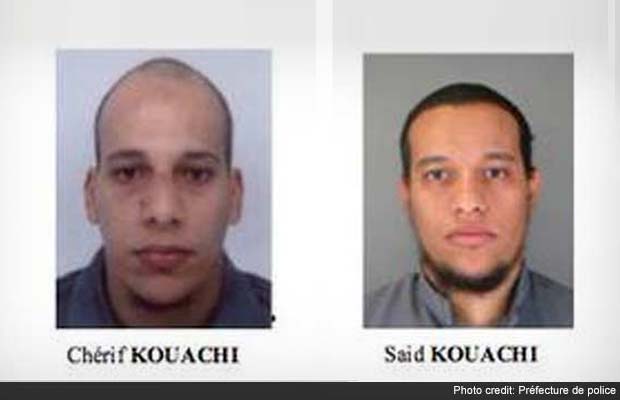 Charlie Hebdo Will Come Out Next Week, Despite Bloodbath
The French satirical newspaper whose staff was decimated in an Islamist attack will come out as scheduled next week, one of its surviving staffers told AFP on Thursday.
Jan 08, 2015 16:10 (IST)
The two brothers who are suspected to be involved in the shooting at Charlie Hebdo yesterday have been 'located' in North France, say reports.
Jan 08, 2015 15:54 (IST)
These are the French cities where the attacks, reportedly against Muslims, took place: 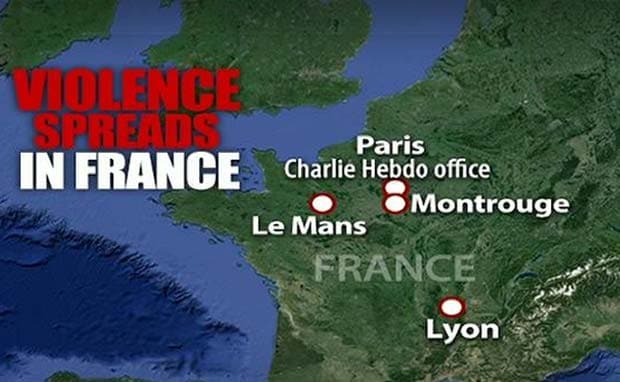 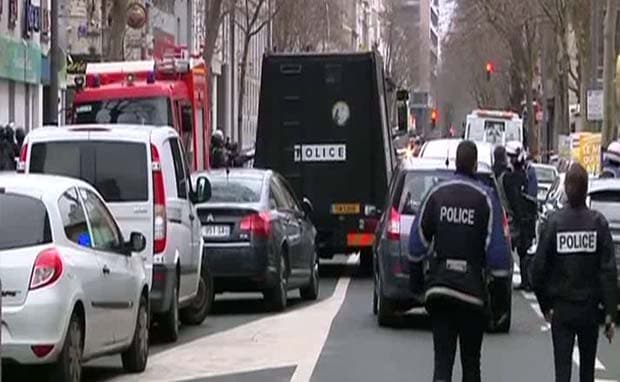 Paris killings- another assault on human civilisation, another insult to God and religion. Speak! Please speak against violence. Speak!

Youngest of Three Suspects in Paris Attack Surrenders to Police: Source
An 18-year-old implicated alongside two brothers in the bloody attack against a satirical weekly in Paris has surrendered to police, according to a source close to the case.
Jan 08, 2015 06:39 (IST)

Cartoonists Draw for Assassinated Charlie Hebdo Colleagues
As if to prove that pens are mightier than swords, cartoonists around the world reacted to the cold-bloodied assassination of their colleagues at French satirical magazine Charlie Hebdo as only they can: with powerful drawings worth thousands of words.
Jan 08, 2015 04:25 (IST)

France Anti-Terror Raid Under Way in Northeastern City of Reims: Police
A raid by France's elite anti-terrorist unit was under way on late Wednesday in the northeastern city of Reims as part of the hunt for the gunmen who attacked the satirical newspaper Charlie Hebdo.
Jan 08, 2015 04:13 (IST)