The man turned herself in following an hours-long standoff after the bank agreed to let him draw out $30,000 of his more than $200,000 in trapped savings, reports said. 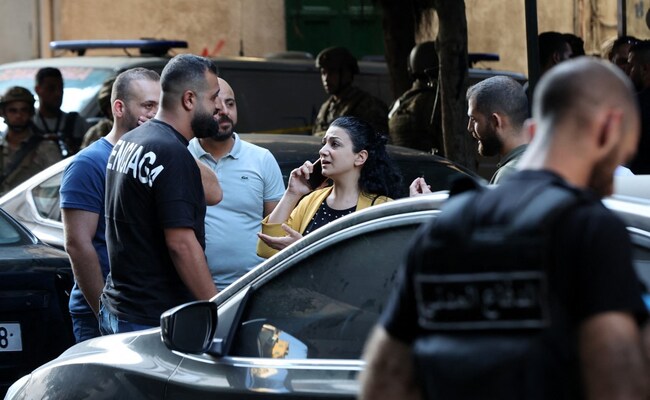 Lebanon: An official said the man has since been released but still faces possible charges. (File)

A Lebanese man who held bank staff hostage in Beirut last week to demand access to his trapped savings has been released from custody after charges against him were dropped.

Judge Ghassan al-Khoury ordered the release of Bassam al-Sheikh Hussein, who entered a Federal Bank branch in Beirut with a rifle, after the bank dropped the charges against him, the state-run National News Agency reported on Tuesday.

A judicial official told AFP on Wednesday that Hussein has since been released but still faces possible charges by the state.

Following an hours-long standoff last Thursday, Hussein turned himself in after the bank agreed to let him draw out $30,000 of his more than $200,000 in trapped savings, media reports said.

He took the drastic action to access his savings so he could pay for surgery for his father, state media reported.

The incident was the latest between Lebanese banks and angry depositors unable to access savings that have been frozen since 2019.

Hussein has been hailed as a hero by many in Lebanon who blame the country's political and banking elite for a financial crisis branded by the World Bank as one of the worst in modern times.

In a report this month, the World Bank blamed authorities for misusing and misspending people's deposits over the past 30 years, accusing them of a "Ponzi" scheme approach to public finance that benefited key political and economic actors at the expense of regular depositors.

"The government consistently and acutely departed from orderly and disciplined fiscal policy to serve the larger purpose of cementing political economy interests," it said, calling the economic crisis a "deliberate depression."

US Man Accidentally Buys 3 Lottery Tickets For Same Game, Ends Up Winning All