"Leave Our Nation Be": France Asks Trump Not To Interfere In Politics

We do not take domestic American politics into account and we want that to be reciprocated, France's foreign minister said. 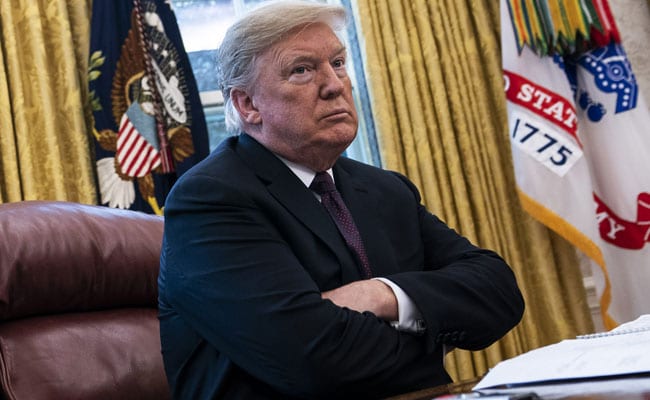 The French government on Sunday urged Donald Trump not to interfere in French politics after the US president posted tweets about the protests rocking the country and attacked the Paris climate agreement.

"We do not take domestic American politics into account and we want that to be reciprocated," Jean-Yves Le Drian told LCI television.

"I say this to Donald Trump and the French president says it too: leave our nation be."

Trump had on Saturday posted two tweets referring to the "yellow vest" anti-government protests that have swept France since mid-November and sparked rioting in Paris.

"Very sad day & night in Paris. Maybe it's time to end the ridiculous and extremely expensive Paris Agreement and return money back to the people in the form of lower taxes?" he suggested.

Trump had earlier posted: "The Paris Agreement isn't working out so well for Paris. Protests and riots all over France.

"People do not want to pay large sums of money, much to third world countries (that are questionably run), in order to maybe protect the environment. Chanting 'We Want Trump!' Love France."

The protests in France are not directly linked to the Paris climate agreement which was signed in 2015 and has since been abandoned by Trump, to the dismay of French President Emmanuel Macron and other Western leaders.

Spurred by rising fuel prices -- in part due to tax hikes aimed at helping France shift to a lower-carbon economy -- the "yellow vest" protests have grown into a broad movement against Macron's policies and governing style.

Earlier this week Trump retweeted one of several posts falsely claiming that French protesters were chanting his name.

The videos that have been used to support this claim were in fact filmed at a far-right protest in London earlier this year.

Other French politicians have also responded angrily to Trump's latest tweets, including a lawmaker from Macron's party who dubbed the US leader "Donald the Senile".

(Except for the headline, this story has not been edited by NDTV staff and is published from a syndicated feed.)
Comments
France protestsUS president Donald TrumpFrance Paris agreement