The stretch of sand in the state of Coahuila is the spot for Italian energy giant to build the power plant which includes 2.3 million solar panels. 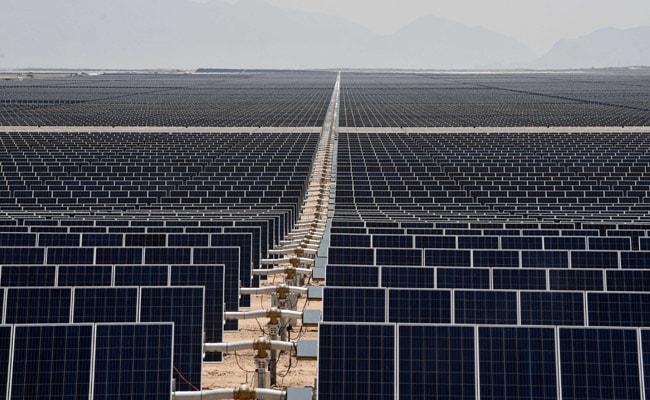 Driving through the endless dunes and cacti of the Chihuahuan desert in northern Mexico, a shimmering blue field suddenly appears on the horizon -- not a mirage, but the largest solar park in Latin America.

This silent stretch of sand in the state of Coahuila is the spot the Italian energy giant Enel picked to build the Villanueva power plant: 2.3 million solar panels that sprawl across a sun-soaked area the size of 2,200 football fields.

When the plant reaches full capacity later this year, it will supply enough electricity to power 1.3 million homes.

It is the biggest solar project in the world outside China and India.

The panels are designed to turn in tandem with the sun, like a field of metallic sunflowers.

They are part of Mexico's push to generate 35 percent of its electricity from clean sources by 2024.

Mexico won plaudits from environmentalists in 2015 when it became the first emerging country to announce its emissions reduction targets for the United Nations climate accord, ambitiously vowing to halve them by 2050.

A key part of that push is a sweeping energy reform undertaken in 2013.

One of outgoing President Enrique Pena Nieto's signature initiatives, it was initially criticized by president-elect Andres Manuel Lopez Obrador, who will take office on December 1.

But the anti-establishment leftist has warmed to the overhaul, and analysts now say it is likely here to stay.

The reform made global headlines for reopening Mexico's oil sector to foreign companies after 76 years of state monopoly.

A lesser-known -- but perhaps ultimately more important -- aspect was to allow private companies to generate and supply electricity.

Under the new law, Mexico is now holding clean-energy auctions in which private companies bid to produce and sell electricity on an open market.

"Since the reform, we see better market conditions and potential for a company like ours." 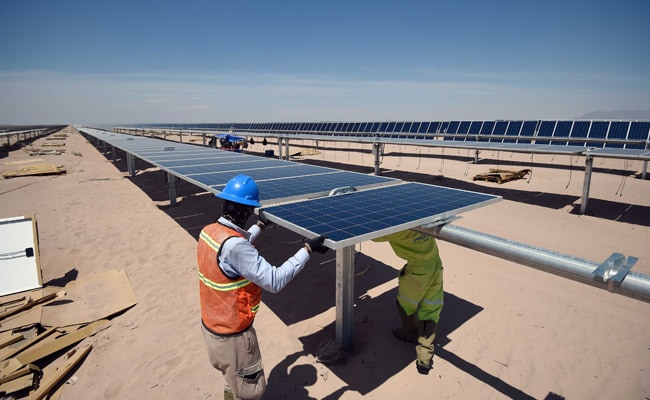 Projects like this are also benefitting from a sharp drop in prices for solar technology in recent years.

"Photovoltaic solar energy is the fastest-growing energy in the world. And that is driving technology innovators," said Arturo Garcia, an energy specialist at the international consulting firm Deloitte.

The energy reform and price plunge are together reshaping the solar market in Mexico.

"Before the reform, it was an environmental issue," said Victor Ramirez, executive director of the National Solar Energy Association.

"Today, it's not just about the environment, it's about economics. If solar sources are cheaper, investment is going to gravitate there."

Besides the $650-million Villanueva project, Enel has another solar park and is building two wind farms.

Last May it pledged an additional $97 million in investment to expand its projects in Mexico.

"The potential is absolutely proven, and investors' appetite is obvious in the auctions."

The auctions have so far raised an estimated $8.6 billion in investment.

Mexican Energy Minister Pedro Joaquin Coldwell recently said they would lead to the construction of 40 solar parks and 25 wind projects.

Three auctions have been held so far. The production price offered by electricity suppliers has dropped from $50 per megawatt-hour to $20.

Thanks to the program, Mexico is now on the top 10 list of countries with the most clean energy investment, according to the government -- which predicts the price plunge will continue at the next auction, slated for November.

Power plant in MexicoSolar panel in desertSolar park in mexico