No Time To Release A Film: Latest James Bond Delayed On Coronavirus Fears

The film, "No Time to Die", had been set to have its premiere in London on March 31, before its rollout worldwide in April. 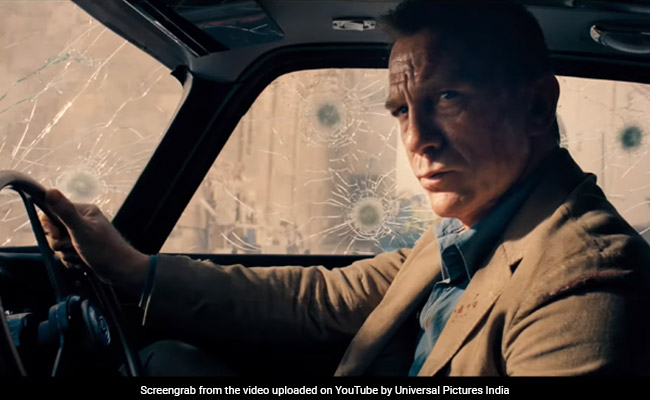 The film will be released in the UK on November 12, 2020 with worldwide release dates to follow.

The makers of the new James Bond movie due for global release next month said on Wednesday it would be delayed until November amid fears over the new coronavirus outbreak.

The film, "No Time to Die", had been set to have its premiere in London on March 31, before its rollout worldwide in April.

"MGM, Universal and Bond producers, Michael G. Wilson and Barbara Broccoli, announced today that after careful consideration and thorough evaluation of the global theatrical marketplace, the release of NO TIME TO DIE will be postponed until November 2020," said a tweet from the official 007 Twitter account.

"The film will be released in the UK on November 12, 2020 with worldwide release dates to follow, including the US launch on November 25, 2020."

The postponement of the latest chapter in the legendary franchise came as concern over the COVID-19 epidemic continued to mount globally.

The virus, which first emerged in the Chinese city of Wuhan late last year, has since infected more than 93,000 people worldwide and killed more than 3,200, mainly in China, with numerous countries now struggling to contain its spread.

Some have begun to cancel events like football matches, carnivals, concerts and commercial gatherings such as the Geneva International Motor Show.

The organisers of the London Book Fair, one of the largest book-publishing trade fairs in the world which was due to take place from March 10 to 12, said on Wednesday it had scrapped this year's event.

Britain had confirmed 85 COVID-19 cases as of Wednesday but no deaths.

The government has not ordered the cancellation of events, but said it may be required to take such action if the virus continues to spread.

"No Time to Die", the 25th instalment of the fictional British spy saga, sees Bond drawn out of retirement in Jamaica by his old friend and CIA agent Felix Leiter.

It is expected to be actor Daniel Craig's last outing as 007, after starring in four previous films.

Reports emerged last month that the filmmakers had cancelled its Beijing premiere as well as a promotional tour originally set for April.

China, the epicentre of the coronavirus outbreak, is a key market for Hollywood blockbusters, with its population of more than a billion people and where cinema-going has soared in popularity in recent years.

The last Bond film "Spectre" -- released in 2015 -- set box office records for a 2D film in China, while grossing more than $880 million (971 million euros) worldwide, according to movie industry magazines.