Las Vegas Shooting Victim, Struck In The Head, Wakes From Coma And Walks

Tina Frost's wounds were so severe that surgeons removed her right eye, where a bullet had lodged, and took out a forehead bone so Frost's brain could have room to swell, according to updates on a GoFundMe account for the family. 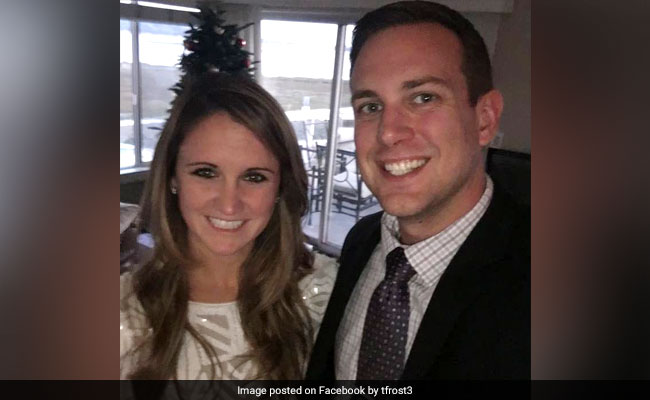 Tina Frost's odds of recovering fully were initially slim, according to her doctor (Facebook)

Tina Frost has spent more than two weeks fighting for her life.

The 27-year-old Maryland native had been one of the thousands attending the Route 91 Harvest festival in Las Vegas on Oct. 1 when a gunman suddenly opened fire on the country music fans from the 32nd floor of the nearby Mandalay Bay Resort and Casino. The shooter fired a steady barrage of bullets below for about 10 minutes, killing at least 58 people and wounding more than 500.

Frost was struck in the head.

Her wounds were so severe that surgeons removed her right eye, where a bullet had lodged, and took out a forehead bone so Frost's brain could have room to swell, according to updates on a GoFundMe account for the family. The day after the shooting, Frost remained in a medically induced coma and on a ventilator, unable to breathe on her own.

"Over the next few days, they're going to see how she responds to simulation, but until then, we won't know how bad the brain damage is," Frost's mother, Mary Moreland, wrote.

The odds of her recovering fully were slim, her doctor warned at first. Inside the shooter's suite at the Mandalay Bay, investigators had discovered 23 guns and thousands of rounds of ammunition. Among those weapons was an AR-15-type rifle modified with a "bump stock," a device that allows the gunman to inflict damage more rapidly. Military surgeons who treated the shooting victims would later compare the wounds they treated to those seen in a war zone.

"Unfortunately, some people may not ever recover," Keith Blum, a neurosurgeon at Sunrise Hospital in Las Vegas, told CNN days after the shooting. "In some of the people I would say, give it a year."

But Frost, a former soccer player who graduated from Arundel High School in Maryland in 2008, has continued to surprise everyone.

A few days after the shooting, doctors dilated her left eye; the retina appeared normal. Frost also began coming off the ventilator, practicing breathing on her own.

Her family documented "each win, however small" on the GoFundMe page, cautiously optimistic about Frost's progress:

Oct. 7: "Her kidneys and liver have started to work and are doing well."

Oct 10: "Tina kicked her legs back and forth when asked, stopped when asked, and then kicked again when asked!"

Oct. 11: "Best news yet on our Tina! She followed nurse Christina's commands when she told her to squeeze her hands and move her toes."

But on Friday, Frost delivered perhaps the biggest surprise to family and friends when she woke up and, with the help of nurses, walked for the first time since she was shot. She took six steps in all: three steps to a chair and three steps back to the hospital bed.

"She's obviously anxious to get her wobble back on," her family wrote on the GoFundMe page. "We are so proud of our Tina, and everyone is amazed at every single movement she makes."

Her doctors are discussing moving Frost to another hospital for her short- and long-term recovery, the post said. Blum, the neurosurgeon, told the Las Vegas Review-Journal that Frost's survival was "miraculous."

"You just don't know how far back someone can come," Blum told the newspaper.

Frost's father told NBC Washington that his daughter was "making progress every hour."

"We're more and more confident every day that she's going to come out of the coma and she's going to be our good old Tina again," Rich Frost told the news station.

(This story has not been edited by NDTV staff and is auto-generated from a syndicated feed.)
Comments
Las Vegas shootingLas Vegas shooterLas Vegas Concert Shooting