Landslides are a frequent danger in rural and mountainous parts of China, particularly after heavy rain. 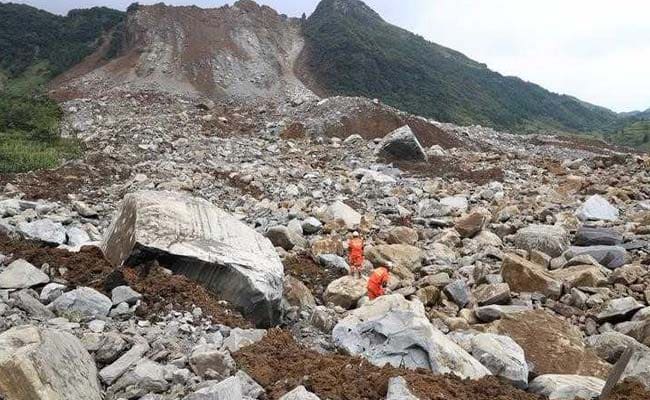 Beijing: Two landslides in rural areas of China have killed 30 people with at least another 12 missing, according to state media reports on Wednesday.

The death toll from a large landslide that struck a town in southwestern Guizhou province on Monday rose to 23 while a second landslide on Wednesday killed seven people in the northwest of the country.

More than 600,000 cubic metres of rock and mud had fallen in the town of Zhangjiawan in Guizhou, and rescue efforts were continuing to find 12 people still missing, the official Xinhua news agency said.

Separately, seven people were killed and two injured in a landslide that struck a village in Machin county of northwest Qinghai province, Xinhua reported.

China has seen heavy rainstorms across the country over the past week.

Landslides are a frequent danger in rural and mountainous parts of China, particularly after heavy rain.

In June and August massive landslides in the southwestern province of Sichuan killed more than 30 and left scores missing.

In July 63 people were killed by landslides and floods in the central province of Hunan. Some 1.6 million people were forced from their homes.

(Except for the headline, this story has not been edited by NDTV staff and is published from a syndicated feed.)
Comments
Chinalandslides in China