Krishna Kumari Kohli, 40, Pakistan's first female senator from the Dalit community, has been placed at No 48 on the annual BBC 100 Women list and recognised as a Pakistani politician. 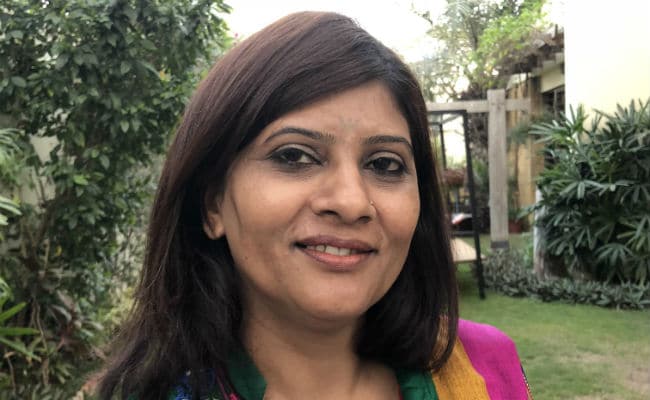 Krishna Kumari Kohli was elected as senator in March

A Hindu woman lawmaker and human rights activist in Pakistan has made it to the list of BBC's 100 inspiring and influential women from around the world.

Krishna Kumari Kohli, 40, Pakistan's first female senator from the Dalit community, has been placed at No 48 on the annual BBC 100 Women list and recognised as a Pakistani politician.

Krishna was elected as senator in March after spending many years working for the rights of bonded labourers in Pakistan. She is the first Thari Hindu woman to be elected to the Pakistan senate.

"Krishna was elected to the Pakistan Senate after campaigning for women's rights, having previously been forced into bonded labour for three years," BBC wrote about her.

The list includes women like Chelsea Clinton, daughter of former US President Bill Clinton, for her work with the Clinton Foundation to Syrian student Nujeen Mustafa who fled the Syrian war in her wheelchair and campaigns for refugees with disabilities.

Krishna belongs to the Kohli community from the remote village of Dhana Gam in Nagarparkar area of Sindh province where a sizeable number of Hindus live.

She was elected as Senator or member of Upper House of Parliament in March this year from the platform of Pakistan Peoples Party of former premier and slain leader Benazir Bhutto.

Krishna's endeavours to end bonded labour in Pakistan were fuelled by her own childhood experience of being forced to work with her family by a landlord for three years before being rescued in a police raid.

After they were released from bonded labour, her parents encouraged her to study, supporting her from primary classes to a postgraduate degree in sociology from the University of Sindh, Jamshoro.

After her election to the Senate she promised to continue working for the rights of downtrodden people of her community.

Pakistan's Hindus, who make up around two per cent of the country's 200 million people, have long faced economic and social discrimination.