The second arm, like the first one, had been weighed down by pieces of metal to prevent it floating to the surface. 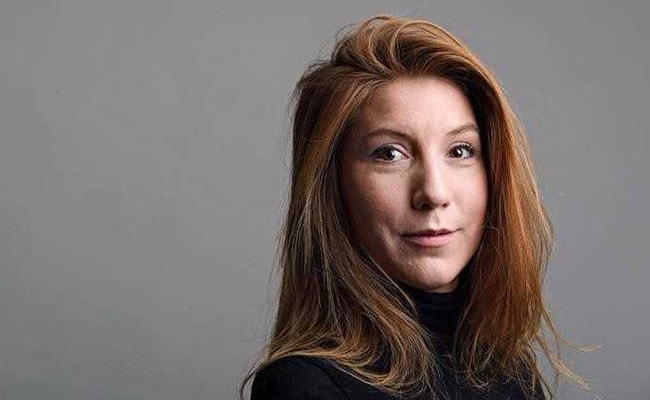 Copenhagen: Divers searching waters near Copenhagen found a second arm on Wednesday that police said probably belonged to Swedish journalist Kim Wall, who died in August on board a Danish inventor's submarine.

The divers found Wall's left arm on Nov. 21 in the same area of Koge Bay near the Danish capital. Police said the second arm, like the first one, had been weighed down by pieces of metal to prevent it floating to the surface.

"The arm has not been investigated yet but it was found in the same area where we found the first arm and it was weighed down in the same way," police spokesman Jens Moller Jensen said in a statement. Coroners will examine the arm on Thursday.

Danish inventor Peter Madsen has admitted to dismembering Wall on board his submarine and dumping her body parts in the sea, but he denies murdering her and also denies a charge of sexual assault without intercourse.

Wall, a freelance journalist who was researching a story on Madsen, went missing after he took her out to sea in his homebuilt 17-metre (56-foot) submarine in August.

Wall's cause of death has yet to be determined.

Promoted
Listen to the latest songs, only on JioSaavn.com
On Aug. 23, police identified a headless female torso that washed ashore in Copenhagen as Wall's. In October, police said they had recovered her head and legs.
© Thomson Reuters 2017