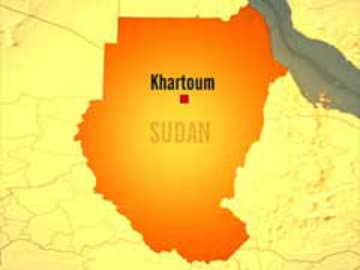 Khartoum, Sudan: Sudan said Friday it ordered two top United Nations officials to leave Khartoum for "insulting" the country and being "prejudiced" against its government.

But the foreign ministry said it ordered Zaatari, a Jordanian national, to leave for "insulting the Sudanese people and its political leadership in an interview with a Norwegian newspaper".

In early December, a website close to Sudan's security apparatus said that Zaatari had criticised President Omar al-Bashir's government in an interview published by the Norwegian publication Bistandsaktuelt.

The Sudan Media Centre quoted Zaatari as saying that the Sudanese "rely on humanitarian aid that we give them" and that he was "forced" to work with Bashir, who is wanted by the International Criminal Court for alleged war crimes in the western Darfur region.

Zaatari confirmed he had been interviewed by Bistandsaktuelt, but denied he had made the comments attributed to him.

Helle, a Dutch national, was expelled, the foreign ministry said on Friday, because she was "strongly prejudiced against the Sudanese government" and "treated Sudanese officials with arrogance".

It said she had "stopped technical and financial support for a number of projects and strategic plans" without consulting the government.

Zaatari and Helle could not be immediately reached for comment.

The foreign ministry also urged the UN secretary general to "revise" his criticism of the decision to expel the pair.

The expulsions are the latest in a string of incidents with aid and humanitarian workers -- in April, Khartoum told the American chief of the UN Population Fund to leave for "interfering" in internal affairs.

They also come amid heightened tensions between Sudan and the UN-African Union peacekeeping mission in Darfur.

A bid by the mission to investigate a report that government forces raped 200 women and girls in a Darfur village has sparked anger in Khartoum.

Sudan demanded UNAMID form an "exit strategy" and told it to shut a human rights office in Khartoum.

Darfur has been mired in conflict since 2003, when ethnic insurgents rebelled against Sudan's Arab-dominated government, complaining of marginalisation.

Promoted
Listen to the latest songs, only on JioSaavn.com
Since 2003, the UN says two million people have been displaced and at least 300,000 killed.