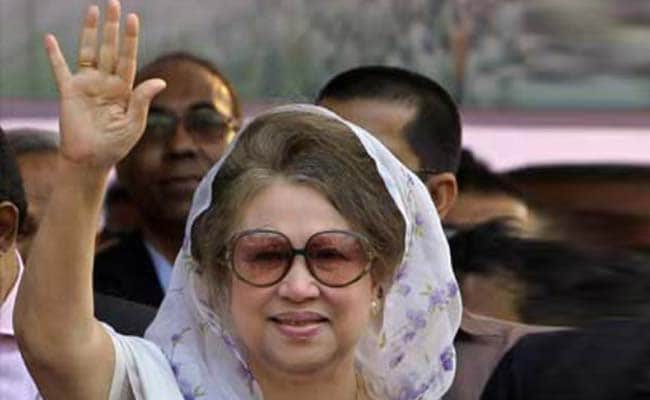 DHAKA: The leader of Bangladesh's biggest opposition party on Tuesday issued a rare condemnation of a recent Islamist killing, a sign the party may be trying to avoid accusations that it is sympathetic to the Islamists as violence increases.

"I, in the possible strongest terms, condemn and deplore the attack and the killing of a member of a minority religious community. They are also peace loving citizens of this soil and have the right to live in this country," Khaleda said.

The government accuses Zia's party of being sympathetic to violent Islam, charges the party denies. But the party has mostly remained silent as a wave of Islamist attacks have swept the country.

In Sunday's incident, five or six attackers cut the throat of priest Jogeshwar Roy, 55, as he was organising prayers at the Deviganj temple near Panchagarh, 494 km (308 miles) north of the capital, Dhaka.

They also shot and wounded a devotee who went to his aid.

ISIS claimed responsibility in a statement issued via social media but police said the attack was perpetrated by a local militant group.

The government denies that Islamic State has a presence in the Muslim-majority country of 160 million people and police have blamed earlier attacks on home-grown Islamist militants.

Foreigners, secular writers and publishers have been killed in recent months and mosques and Hindu temples have been bombed.

On Tuesday, three men appeared in court accused of the priest's murder and possessing firearms and explosives.

They were remanded for 15 days, police said, and were suspected members of the banned Jamaatul Mujahideen Bangladesh (JMB), a group that wants to establish a sharia-based Islamic caliphate.
© Thomson Reuters 2016

Homosexuality Isn't A Crime, Those Criminalising It Are Wrong: Pope Francis