Suspected of helping provide the weapons, Ali Riza Polat is facing the most serious charge among the 14 accused: complicity in a terrorist act, which carries a potential life sentence. 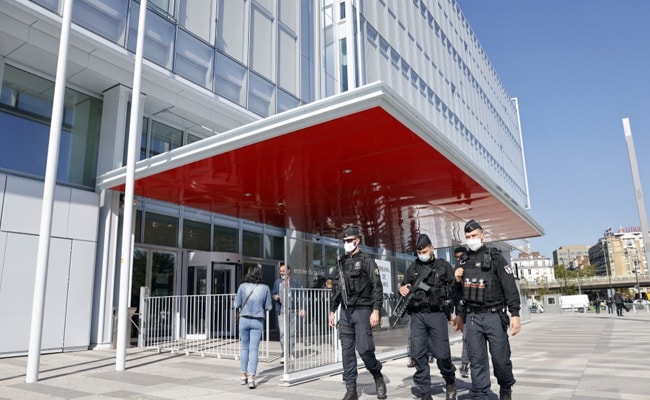 A primary suspect in the trial over the 2015 massacres at satirical weekly Charlie Hebdo and elsewhere in Paris denied on Friday any responsibility for the attacks carried out by terrorists, one of whom was a close associate.

Ali Riza Polat, a 35-year-old Franco-Turkish man, was jailed a few weeks after the terror attack that stunned France, with investigators saying he tried to flee the country several times heading for Syria.

"I am innocent!" Polat told the court, his head shaved and his face hidden behind a cloth mask.

"I'm here because certain people, lying squealers, said all sorts of nonsense... but they're lying," he said.

Born in Istanbul, Polat moved to France when he was three and said he fell into petty crime when he was 13 or 14, later starting to deal drugs.

He grew up in the same rough Paris suburb of Grigny as Amedy Coulibaly, who killed a police officer on January 8, 2015 and four people at the Hyper Cacher Jewish supermarket the next day before being killed by police.

Suspected of helping provide the weapons for all three gunmen, Polat is facing the most serious charge among the 14 accused: complicity in a terrorist act, which carries a potential life sentence.

But Polat, who says he converted to Islam in 2014, insisted he had no role in the attacks.

"I have nothing to do with them. You cannot kill the innocent... I am not violent," he said.

For his defence, Polat has chosen Isabelle Coutant-Peyre, the lawyer who defended the convicted international terrorist Ilich Ramirez Sanchez, better known as "Carlos the Jackal." She later became his companion and married him in a religious ceremony in prison, though the union has no legal validity.

The trial of Polat and thirteen other suspects accused of aiding the three gunmen opened Wednesday, and is set to run until November.

Charlie Hebdo marked the occasion by reprinting the caricatures of the Prophet Mohammed that had angered Muslims around the world, a move that drew praise from free-speech advocates but anger from many Muslim leaders.

On Friday, the paper said its Wednesday edition sold out the first day, prompting it to print 200,000 more copies that will hit newsstands in the coming days.