Karin Kneissl made headlines when she was photographed dancing with Vladimir Putin during her wedding. 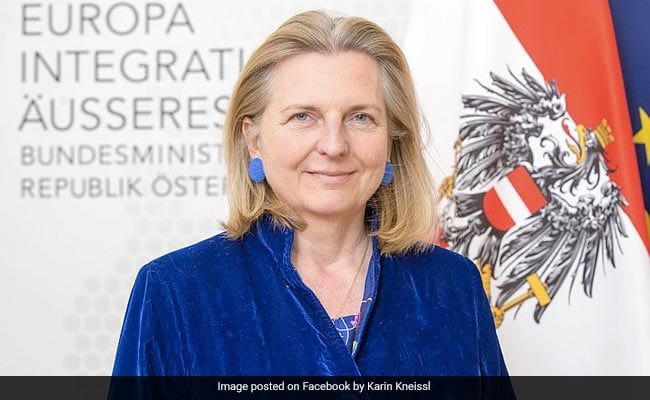 Karin Kneissl made headlines when she invited Putin to her wedding in 2018.

Austrian ex-foreign minister Karin Kneissl, who once danced with Russian President Vladimir Putin at her wedding, has quit a board position at Russian oil giant Rosneft, the company said Monday.

Kneissl has submitted a letter of resignation effective from Friday, Rosneft said in a statement.

The 57-year-old made headlines when she invited Putin to her wedding in 2018 and was photographed dancing with him during the event.

She left the Austrian government the following year and joined the board of Rosneft as an independent director in June last year.

Her resignation comes after Rosneft announced Friday that German ex-chancellor Gerhard Schroeder was leaving the board after five years, a day after Germany stripped him of official perks over ties with Russia.

On Friday, Kneissl told AFP that she intended to stay on for her one-year mandate but had told Rosneft in March that she would not seek a further term on the board.

Rosneft in its statement thanked Kneissl for her work during the "complex" international situation, saying it was counting on future collaboration with her as an expert.