Schoolgirl At Heart Of Landmark US Desegregation Ruling Dead At 76

Linda Brown died on Sunday in her hometown of Topeka, Kansas, the administrator for the Peaceful Rest Funeral Chapel, Robin Bruce, told Reuters. 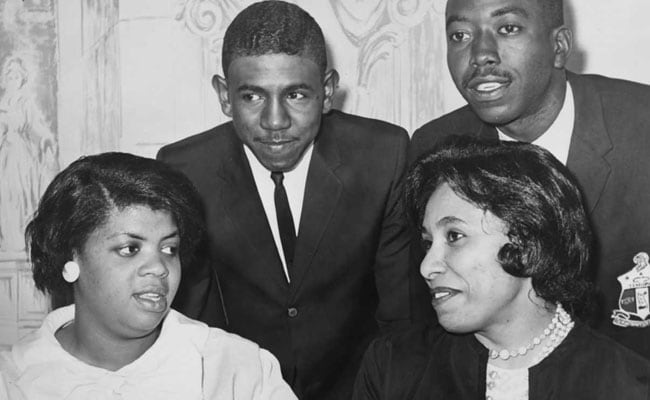 The decision in Linda Brown's case is considered to mark the dawn of modern US civil rights. (AFP)

Civil rights activist Linda Brown, who as a Kansas schoolgirl was at the heart of the U.S. Supreme Court's landmark 1954 Brown v. Board of Education decision outlawing racial segregation in American public schools, has died at age 76.

Linda Brown died on Sunday in her hometown of Topeka, Kansas, the administrator for the Peaceful Rest Funeral Chapel, Robin Bruce, told Reuters on Monday. Bruce said she was not at liberty to provide additional information on the circumstances of Brown's death.

The NAACP Legal Defense and Educational Fund, which brought the historic legal case challenging school segregation, hailed Brown and her family's contribution to what it called "the most important, transformational Supreme Court decision of the 20th century."

"Linda Brown is one of that special band of heroic young people who, along with her family courageously fought to end the ultimate symbol of white supremacy - racial segregation in public schools," said Sherrilyn Ifill, president and director-general of the organization.

Brown's father, Oliver Brown, who died in 1961, was the named plaintiff in the case filed on his daughter's behalf and combined with several similar lawsuits contesting the "separate but equal" doctrine underpinning racial segregation.

Linda Brown was a third-grader in the all-black Monroe School more than 2 miles from her house in an otherwise racially mixed neighborhood when her father first tried in 1951 to enroll her in the all-white Sumner Elementary School four blocks away and was rebuffed.

The ensuing court case, widely seen as marking the dawn of the modern U.S. civil rights era, was handled and argued by the NAACP's lead attorney, Thurgood Marshall, who went on years later to be appointed the first African-American justice on the U.S. Supreme Court.

By the time the high court rendered its decision, she was a junior high student attending an integrated school, she later recalled.

"I learned about it that evening, upon arriving home from school," she said in a 1985 interview for the documentary series "Eyes on the Prize."

"I noticed my mother was very overjoyed at something, and then when she shared the news with me, I felt joy, too, because I felt that my sisters wouldn't have to walk so far to school the next fall," she recounted.

Brown v. Board, consolidated under that title with four other cases from the District of Columbia, South Carolina, Virginia and Delaware, was actually heard by the Supreme Court twice, in June 1953 and again in December 1954 after Earl Warren was appointed chief justice.

The high court, in its unanimous May 14, 1954, decision, ruled that racial segregation was a violation of the equal protection clause of the U.S. Constitution's 14th Amendment. As Warren declared in his opinion, "In the field of public education, the doctrine of 'separate but equal' has no place."

The decision was heralded by civil rights leader the Rev. Martin Luther King as a "joyous daybreak to end the long night of enforced segregation."

A year later, the justices handed down a plan for how desegregation was to be carried out, ruling that it should proceed with "all deliberate speed," but it was many years before all school systems were to be integrated.

In 1979, Linda Brown herself, then with her own children in Topeka public schools, became a plaintiff in a revived version of the old desegregation case, brought under the same title by the American Civil Liberties Union, which argued that the district's schools remained racially divided.

According to an account of the case by the Topeka Capital-Journal newspaper, a federal appeals court sided with the ACLU and Brown in 1989, leading to approval of a new desegregation plan for the district in 1993.
© Thomson Reuters 2018
Comments
linda brownKansasracial segregation